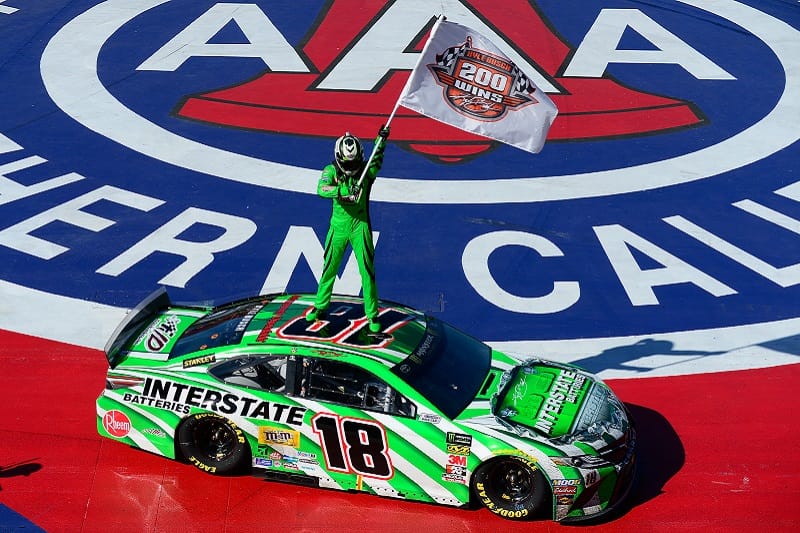 In one of the most unusual qualifying sessions in recent memory, no drivers were able to set a lap in the final round on time, prompting NASCAR to default to round two times; as such, Austin Dillon scored the pole alongside Kevin Harvick. Before the race, Dillon exhibited signs of illness; although Xfinity Series driver Cole Custer was on standby, Dillon ran the full event. 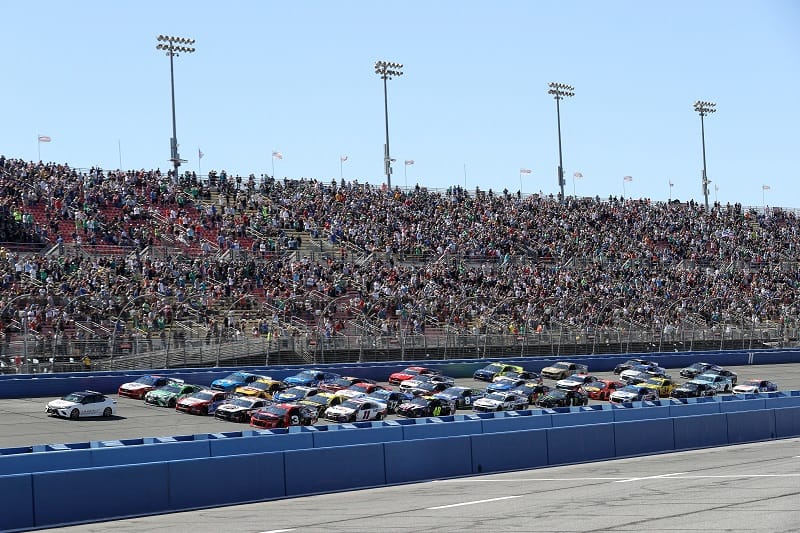 It did not take long for a lead change to occur as Denny Hamlin passed Dillon and Harvick for the top spot after just two laps. Two laps later, Aric Almirola pushed to the front, with the two battling until Busch joined the fray.

Pit stops began on lap 27, with Busch doing so three laps later. William Byron inherited the lead until he pitted, shuffling the top spot back to Busch. Meanwhile, Clint Bowyer began to suffer various technical issues like a vibration and concerns about his engine. According to Jeff Gluck, Bowyer sarcastically quipped:

With five laps remaining in the stage, Dillon’s right-rear tyre went down after brushing the wall, bringing out the first caution of the day. Although a restart was attempted on the final lap, Ricky Stenhouse Jr. spun to produce another yellow, with Kyle Larson also sustaining damage. With the wreck, the first stage quietly ended under caution with Busch as the stage winner, followed by Hamlin, Joey Logano, Harvick, Almirola, Daniel Suárez, Erik Jones, Jimmie Johnson, Daniel Hemric, and Ryan Blaney.

The second stage opened on lap 70 with Busch and Logano on the front row. Logano took the lead early before Busch reclaimed it on lap 73.

By lap 90, the next cycle of green flag stops opened, with Busch doing so three laps later and eventually cycling back into first after completing his stop. On pit road, Darrell Wallace Jr. was caught speeding and penalised.

As the end of the stage loomed, Bowyer made contact with Corey LaJoie and had to pit, further sinking him down the order. At the front, Busch’s lead continued to grow to over five seconds as he scored a second stage win. Behind him were Brad Keselowski, Blaney, Logano, Almirola, Harvick, Jones, Kurt Busch, Hamlin, and Chase Elliott.

Between stages, Kyle Busch suffered a speeding penalty, relegating him to eighteenth and promoting Keselowski to the lead. Hamlin was also penalised for the same infraction on his stop.

By lap 136, Busch was already back in the top ten, while Bowyer reported to the garage. On Twitter, Bowyer tweeted:

At the head, Logano and Blaney joined their Team Penske team-mate to occupy the top three positions. With 40 laps to go in the race, green flag stops commenced as Busch cycled back into first. LaJoie received a speeding penalty after his stop, while Wallace’s left-front tyre blew, destroying part of his hood and scattering debris on the track that necessitated a caution.

Lap 170 saw what would be the final restart as Keselowski led. However, it did not take long for Busch to beat the Penske drivers for the lead on lap 175; facing little resistance, Busch drove off to his 53rd Cup win and second of the year.

With 53 Cup and Truck wins apiece and 94 Xfinity victories, Busch is now tied with seven-time champion Richard Petty for the most current national series wins in NASCAR history at 200 (Petty also has a win in the now-defunct Convertible Series).

“Takes a team to get it all done, but we did it today in California,” Busch said on Twitter.