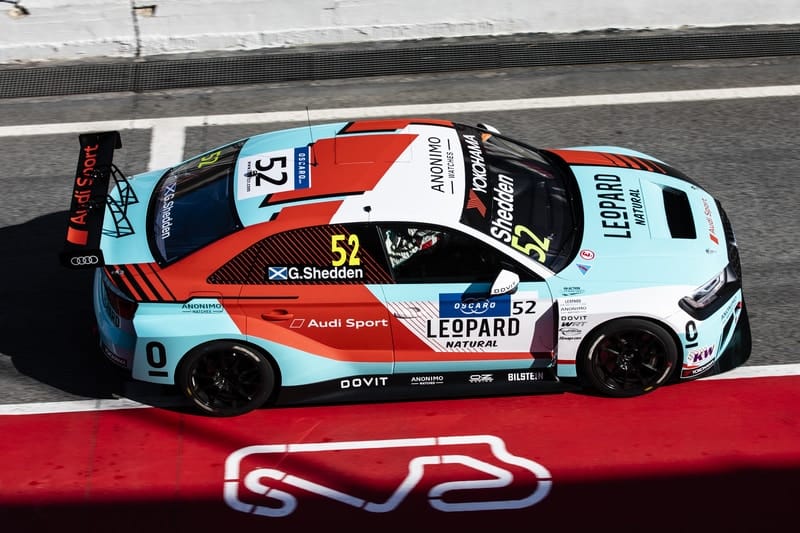 The World Touring Car Cup (WTCR) kicked into gear earlier this week, with the teams embarking on a two-day test session at the Circuit de Barcelona-Catalunya.

Just like during the much-documented Formula One pre-season tests, the times and performances set by the teams in Spain should be taken with a rather hefty pinch of salt. Although the test doesn’t really give us any insight into how the season will pan out, it does at least provide the teams with further understanding of their cars.

Nonetheless, Gordon Shedden will undoubtedly be buoyed by the fact that he ended the event as the fastest driver of all. After a tricky 2018 season, the simple fact that he managed to out-pace all of the other Audi drivers will be a small confidence-booster heading into the opening round of 2019 at Marrakech.

Shedden posted a best lap time of 01:54:434, roughly a hundredth of a second quicker than the top time from last year’s pre-season test session (which was set by John Filippi). However, to put this pace into context, Attila Tassi took pole position at this circuit last year in the TCR Europe Series with a lap time of 01:53:861. Given that the WTCR is perceived to be a step up in calibre from TCR Europe, the lap time deficit between these two events would suggest that pretty much every team withheld their true performance capabilities.

In fact, there was a three-second gap between Tassi’s 2018 pole position time and his best lap time during testing (having stepped up to WTCR this year), while driving the same car for the same team.

Despite the obvious ‘sand-bagging’ that was taking place, some teams still took the opportunity to criticise the latest Balance of Performance regulations. Namely, the BRC Hyundai squad were particularly critical of WSC‘s amendments to their cars’ performance traits.

In conversation with TouringCarTimes, BRC Racing Team Principal, Gabriele Rizzo, stated that the BoP had “taken away their ability to compete at the same level as their competitors”.

The comments emerging from the reigning champions have irked many of their competitors, with Jean-Karl Vernay and Kevin Ceccon both criticising them for it. In addition, Tiago Monteiro has accused the Hyundai team of “crying and shouting about things” in order to “use the media to influence the FIA”, again while in conversation with TouringCarTimes.

In other news, BMW factory drivers, Augusto Farfus and Nicky Catsburg missed the test due to commitments with the German marque at the IMSA 12 Hours of Sebring. The duo had been scheduled to test two of the BRC Hyundai i30 N TCRs, and with Norbert Michelisz only available for one of the two days, Gabriele Tarquini found himself testing all four Hyundai during Friday’s session.

Full combined results from both days of testing: