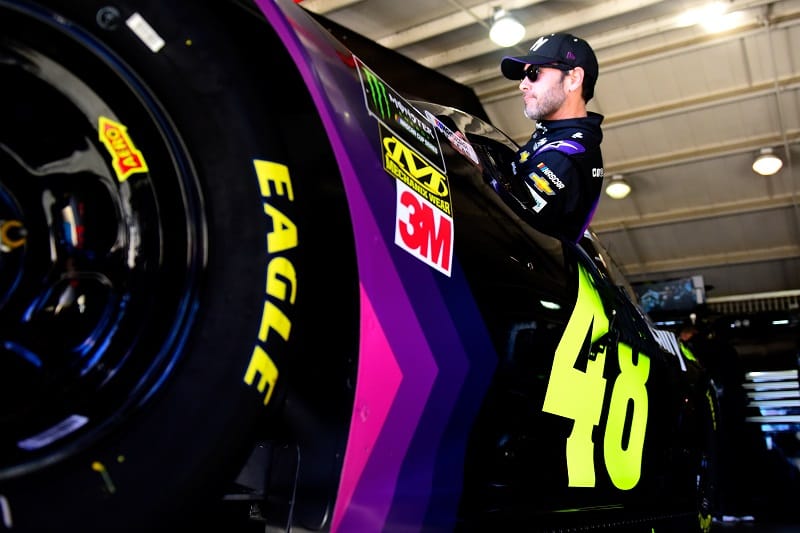 Seven-time Monster Energy NASCAR Cup Series champion Jimmie Johnson has always supported the notion of racing drivers being athletes, competing in triathlons and long-distance running. On Monday, just two days after finishing twelfth in the Toyota Owners 400 at Richmond Raceway, Johnson took to the streets of Boston to compete in the Boston Marathon.

It is the California native’s first time participating in the event and his first full marathon. Fittingly wearing bib #4848 to reflect his #48 car, Johnson unofficially finished with a time of 3:09:07 and the 4,155th overall runner to complete it. He was 3,746th among male runners and 641st in his Male 40–44 division. The time is just nine seconds off of his goal of a sub-three-hour time.

“It was amazing,” Johnson stated in a post-race interview. “I couldn’t believe how many people recognized the bib and were cheering me on.”

That was the most challenging thing I’ve ever done, what an experience! Unofficially 3:09:07 for the 🏁 #BostonMarathon #Boston2019 pic.twitter.com/1lZBH2aPvn

Johnson is not the first NASCAR driver to participate in the event. In 2000, future two-time Daytona 500 winner and current Fox NASCAR analyst Michael Waltrip competed in the Boston Marathon, finishing the race in 4:42:20 and 14,315th overall. In February, weeks before the season-opening Daytona 500, Johnson and fellow drivers Jamie McMurray and Landon Cassill raced in the Daytona Half Marathon.

2009 Formula One World Champion and current Super GT driver Jenson Button, also a triathlete, sent his congratulations on Twitter: “Congrats buddy, a marathon is as much about mental fitness as it is physical, it’ll make you stronger mate!”

By Justin Nguyen
4 Mins read
Kurt Busch kicked off the NASCAR Cup Playoffs Round of 12 by holding off Matt DiBenedetto in overtime for his first career win at his home track Las Vegas.
NASCAR Cup Series

By Justin Nguyen
5 Mins read
Cup title contender Denny Hamlin has partnered with the great Michael Jordan to form a NASCAR team, fielding a car for Bubba Wallace. The team has acquired the charter from Germain Racing, which will close up shop at year’s end.
NASCAR Cup Series

By Justin Nguyen
2 Mins read
Ross Chastain will move up to the NASCAR Cup Series full-time in 2021 with Chip Ganassi Racing as he takes over the #42.