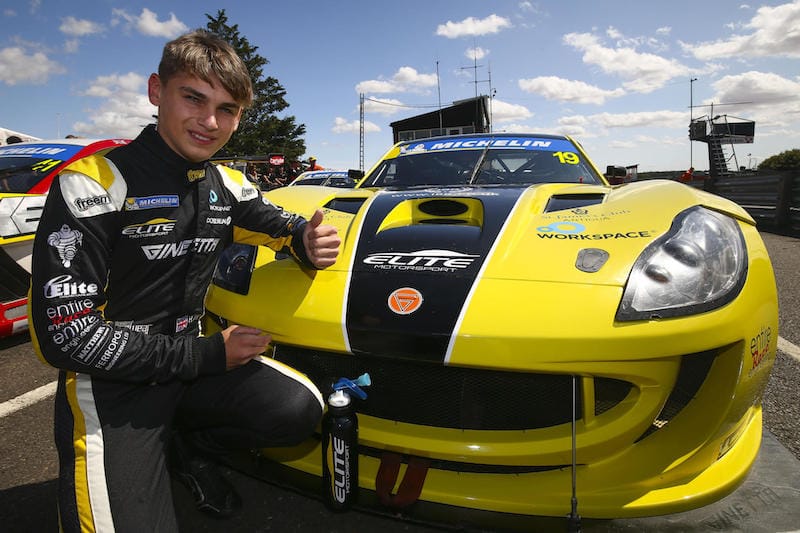 In the first qualifying session of the day, Harry King and Elite Motorsport have set the bench mark of 47.716 seconds to take pole position for the first race of the season, on the 1.208 mile Brands Hatch Indy circuit.

Rob Boston Racing’s Will Burns is second on the grid just seven-tenths of a second behind, after putting in a 47.786s, in a session that saw both Burns and King repeatedly take top spot from one another.

In a tight session, less that a second separates the nine Pro class drivers with Team Hard’s Tom Barley bringing up the rear of that pack with a 48.533s to take ninth on the grid.

So the Pro class and the top nine places on the grid look like this:

Darron Lewis has taken top spot in the Am Class for Team Hard, after fellow newboy Carl Garnett set the early pace, before being pushed down to sixth in class and fifteenth on the grid.

Nathan Heathcote of Century Motorsport was ultimately second in class ahead of James Kell of Rob Boston Racing, while their respective team-mates, Jack Oliphant and Dan Kirby fourth and fifth, ahead of Garnett.

Peter Bassill brings up the rear of the Am class and the grid, after only managing a 49.851s.

Professional HGV driver and Photographer, trying to break into Motorsport Journalism. Interested in pretty much anything with 4 wheels.