Free Practice for the opening rounds of the 2019 FIA World Touring Car Cup (WTCR) in Marrakesh has given a clouded view of how the field stands so far.

With a drying track during the first practice session meaning that drivers were trying to find their feet on the circuit Moulay El Hassan. The opening laps in FP1 saw KCMG Honda driver Attila Tassi set the pace with a lap of 1:40.030 before the benchmark was lowered several minutes later by reigning World Rallycross champion Johan Kristoffersson, to a time of 1:32.118.

It was Kristoffersson who would again lower the times further on as he set the first lap under the one minute twenty-nine second mark before Yvan Muller signalled the pace of the Lynk & Co 03 TCR by setting a time of 1:28.245. 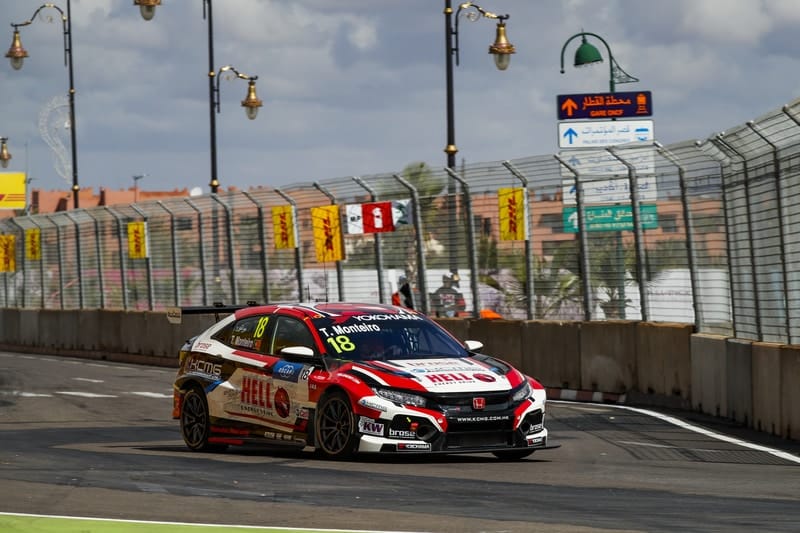 By the end of the first session, Comtoyou DHL Team CUPRA Racing driver Aurélien Panis had dropped the benchmark to a respectable time of 1:25.841. Jean-Karl Vernay, Nicky Catsburg, Yann Ehrlacher and Tiago Montiero would complete the top five positions with five different brands also within the top five places.

FP2 was a further chance for the drivers and teams to get both race and qualifying setups dialled in as the track had dried further. With the first race weekend of the year being so important for such a top quality grid, many had work to do.

Catsburg, Panis and Esteban Guerrieri all had turns at the top of the timesheets before 2018 champion Gabriele Tarquini stamped his authority on proceedings by going fastest in the BRC Hyundai N Squadra Corse i30 N TCR with a lap of 1:25.625.

Norbert Michelisz in the second Hyundai and Guerrieri raised the bar before Thed Björk came to the fore. The 2017 WTCC champion sneaked in a quick lap of 1:25.308 just before red flags were waved due to both Tom Coronel and Gordon Shedden stopping on track due to punctures.

Despite a final four-minute dash, no one was able to topple Björk’s time. Guerrieri, Muller, Michelisz and Montiero completed the top five in the last session before Qualifying gets underway for the first race of the year.