Rins hopeful of challenging for the victory at Jerez 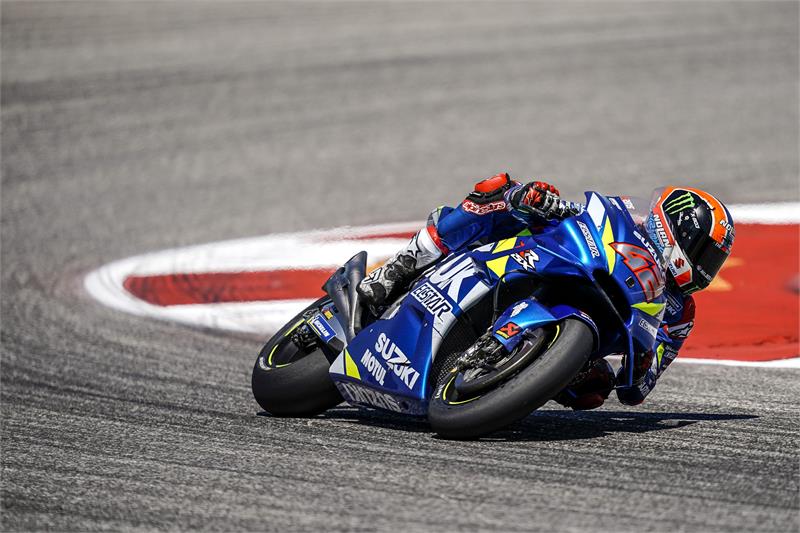 Alex Rins is hopeful of challenging for the win at Jerez (Credit: www.suzuki-racing.com)

Fresh from securing his first-ever MotoGP victory at the Circuit of the Americas (COTA), Alex Rins says that he is once again looking to challenge the front-runners at Jerez.

Rins took full advantage at COTA after runaway leader Marc Marquez crashed out, leaving the young Suzuki rider to battle with, and defeat, Valentino Rossi for the race win.

This was not only Rins’ first premier class victory, but it was also the team’s first win since Maverick Viñales‘ success at the British Grand Prix in 2016.

There were celebrations all around, but Rins admits that his focus quickly turned to this weekend in Spain. Speaking in the official pre-event MotoGP press conference, the 23-year-old said:

“I’ve not done a lot of laps with a MotoGP machine because I was out through injury in 2017 and last year I crashed early, but in testing I’ve done a lot of laps. I feel prepared and my team do too, so I think the target is the same – to go with the front group, fight, and try and win. If it’s possible we’ll try and win and if not we’ll try and finish as far forward as possible.”

Rins’ incredible start to the season means that he sits third in the championship, only five points behind series leader, Andrea Dovizioso. In fact, since the Japanese Grand Prix last October Rins has picked up more points than any other rider (116).