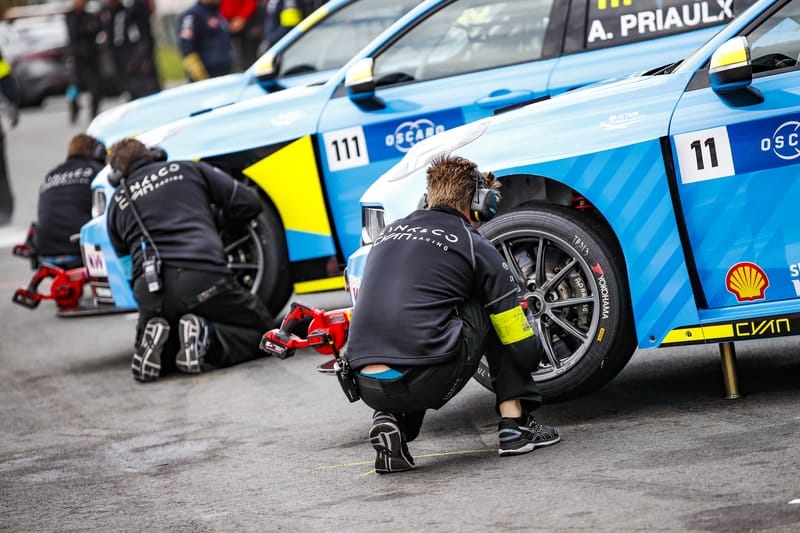 Thed Bjork was the fastest in qualifying, securing pole position for the first World Touring Car Cup (WTCR) race of the weekend. He’ll be joined on the front-row of the grid by team-mate Yvan Muller.

Andy Priaulx also enjoyed a return to form in his Lynk & Co, lining up third. It would have been a Lynk & Co lock-out of the top four, however a five-place grid penalty for Yann Ehrlacher will see him drop from fourth to ninth. The Frenchman was deemed to have blocked Hyundai’s Augusto Farfus, who later ended up running off into the barriers to compound his woes.

The first non-Cyan Racing car was Mikel Azcona in the PWR Cupra; another very impressive performance from the youngster and reigning TCR European champion.

There will have been a huge sigh of relief from the Sebastien Loeb Racing camp, however, as the team finally seem to be getting a tune out of their Volkswagens. Benjamin Leuchter qualified in fifth position, just ahead of team-mate Johan Kristoffersson in sixth.

Daniel Haglof ensured both PWR Cupras were in the top ten with his seventh place, while Jean-Karl Vernay was once again the quickest Audi driver in eighth.

More good news for Volkswagen as Mehdi Bennani rounded out the top ten. Rob Huff, meanwhile, could only manage 15th. It won’t matter anyway though, as an engine change will see him start the first race from the back of the grid.

Nicky Catsburg was the best of the Dutchmen on their home ground in 11th place, while Niels Langeveld ended up 19th fastest. After a strong run in practice, Tom Coronel will be bitterly disappointed with a lap time that was only good enough for 21st on the grid.

Tiago Monteiro went off into the gravel trap, causing the session to be red-flagged. This ended qualifying just a minute and a half prematurely, however the consequence was large for Nestor Girolami. Girolami, the leader of the championship points standings, was found to have overtaken another car during the red flag conditions, and thus was handed a five-place grid penalty. This will drop him down to 18th, outside of the top 15 points-paying positions.

His nearest championship rival, close friend, compatriot and team-mate – Esteban Guerrieri – didn’t fare much better however. The Honda teams’ collective lack of pace means that Guerrieri will be starting down in 14th position. In fact, none of the current championship contenders did particularly well. Third place in the standings, Norbert Michelisz could only manage 13th, while Gabriele Tarquini remains mired down in 20th on the grid.

The points standings could potentially be blown wide open therefore, this weekend.

But, that’s not the end of the story. With half a second’s gap to the next car, the WTCR’s governing body has decided to revert the Lynk & Co quartet back to their prior Balance of Performance. They will therefore lose the extra boost in power that they had been awarded for this event.