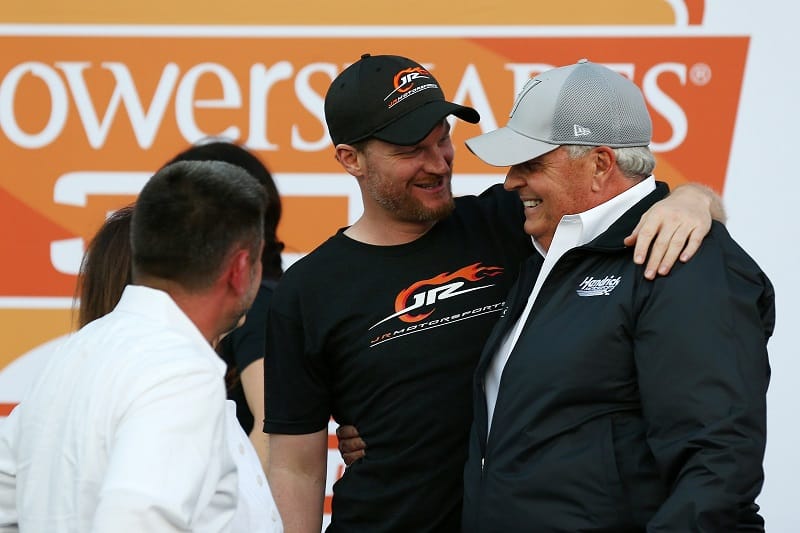 Dale Earnhardt Jr., his wife Amy and daughter Isla, their dog, and two pilots are unharmed after their private plane crashed in Elizabethton, Tennessee on Thursday afternoon.

The plane, a Cessna Citation Latitude with registration N8JR, skidded off the runway, eventually catching fire. Those on board were able to escape with superficial wounds and were later treated at a nearby hospital.

“I can confirm Dale, Amy & Isla along with his two pilots were involved in a crash in Bristol TN this afternoon,” Earnhardt’s sister and JR Motorsports co-owner Kelley Earnhardt Miller posted on Twitter. “Everyone is safe and has been taken to the hospital for further evaluation. We have no further information at this time. Thank you for your understanding.”

Earnhardt, who works as a colour analyst in the booth for NBC alongside play-by-play commentator Rick Allen and fellow colour announcers Steve Letarte and Jeff Burton, will skip the Bristol weekend to recover. As such, he is slated to return to the booth two weeks later with the Bojangles’ Southern 500 at Darlington Raceway.

“We’re incredibly grateful that Dale, his wife Amy, daughter Isla, and the two pilots are safe following today’s accident. After being discharged from the hospital. we communicated with Dale and his team, and we’re all in agreement that he should take this weekend off to be with his family,” an NBC Sports spokesperson said. “We look forward to having him back in the booth next month at Darlington.”

By Justin Nguyen
3 Mins read
Martin Truex Jr., who won Martinsville last week, will lead the NASCAR Cup field to green at Richmond. Ben Rhodes will do the same for the Trucks.
NASCAR Cup Series