Colton Herta and Harding Steinbrenner unite with Andretti Autosport for 2020 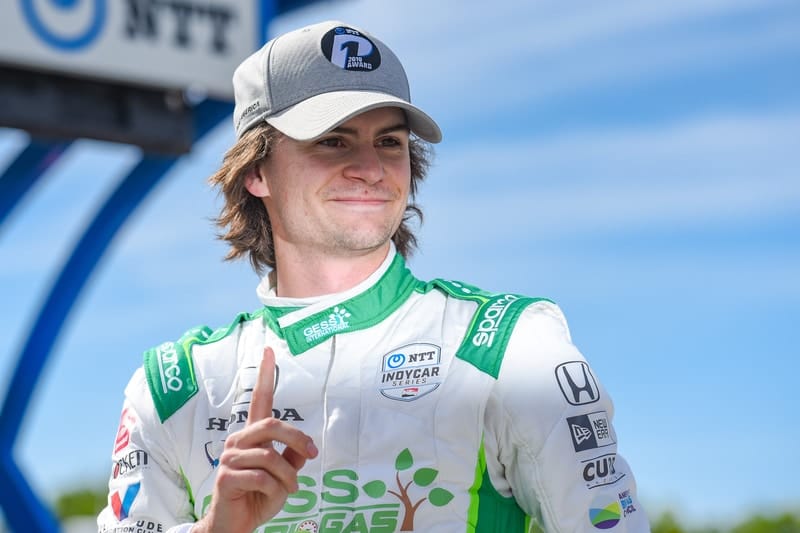 Andretti Autosport has announced today they will join forces with Harding Steinbrenner Racing for the 2020 NTT IndyCar Series, with Colton Herta remaining behind the cockpit of the #88 Honda for Andretti Harding Steinbrenner Autosport. The news comes after months of speculation linking to the rookie star to other teams, including Arrow McLaren Racing SP.

The link between Herta and Andretti has been long-standing. His father, Bryan Herta, drove for the team during his IndyCar career. After his driving career came to an end, Bryan’s racing team, Bryan Herta Autosport, made it’s way up to IndyCar and then merged with Andretti for the 2016 IndyCar Series.

When Colton made his way through the racing ranks and up to the Indy Lights series, he would join the grid with Andretti Autosport. He took six victories for the team during 2017 and 2018, including a victory in the famous Freedom 100 at Indianapolis Motor Speedway in 2018 on-route to second-place in the standings.

After making his NTT IndyCar Series debut at the 2018 season-finale at Sonoma Raceway, it was announced that Herta would be racing full-time for Harding Steinbrenner Racing in 2019, with Andretti Autosport forming a technical alliance with the team, essentially making Herta’s #88 Honda a de-facto fifth car for Andretti. The partnership proved successful early on, with Herta making history at the second race of the season by becoming the youngest ever IndyCar Series race winner at the Circuit of the Americas.

Since then, Herta’s season has been plagued by a number of race retirements; a majority of which down to technical gremlins. Six of the sixteen races held this season so far have ended in retirement for Colton, with a further three of those races also ending outside of the top ten. However, these poor results have been interspersed with frequent demonstrations of Herta’s speed, examples of which including two pole positions at Road America and Portland International Raceway.

After today’s announcement, Herta stated that it had been a long-term ambition of his to race for Andretti Autosport and that he had “grown up” around the team.

“It’s always been a goal of mine to drive for Andretti Autosport ever since watching my dad drive for them in the mid-2000s,” Herta said today. “I’ve very thankful for the Steinbrenners and Mike Harding for their efforts through my career and continued efforts into this year.

“I’ve grown up around the Andretti team and many of the guys that have been working there since my dad’s days of driving are still with the team. I’m sure I’ll feel right at home. I can for sure tell you this is going to be the longest offseason I’ve had in a while, and I can’t wait to hop in my brand-new Andretti Harding Steinbrenner Indy car.”

Andretti Autosport owner, Michael Andretti, also expressed his excitement in welcoming Colton to the team for the 2020 season.

“This partnership and expansion of Andretti Autosport will bring about a positive direction and new opportunities for all involved,” Andretti said. “I’m also thrilled to be able to keep Colton in the Andretti family. We’ve watched him grow and develop, and we are excited to see the next chapter as he continues his charge in becoming a strong, competitive force in the IndyCar Series.”

Colton will head into tomorrow’s 2019 NTT IndyCar Series season-finale, the Firestone Grand Prix of Monterey at WeatherTech Raceway Laguna Seca, with an outside hope of securing the rookie of the year honours. He trails Felix Rosenqvist and Santino Ferrucci by a decent margin, but will undoubtedly give it everything he’s got to try and steal the rookie title at the last gasp.

By Griffin Schmoyer
4 Mins read
After an exciting opening race at Barber Motorsports Park last weekend, here’s everything you need to know ahead of the Firestone Grand Prix of St. Petersburg.
IndyCar