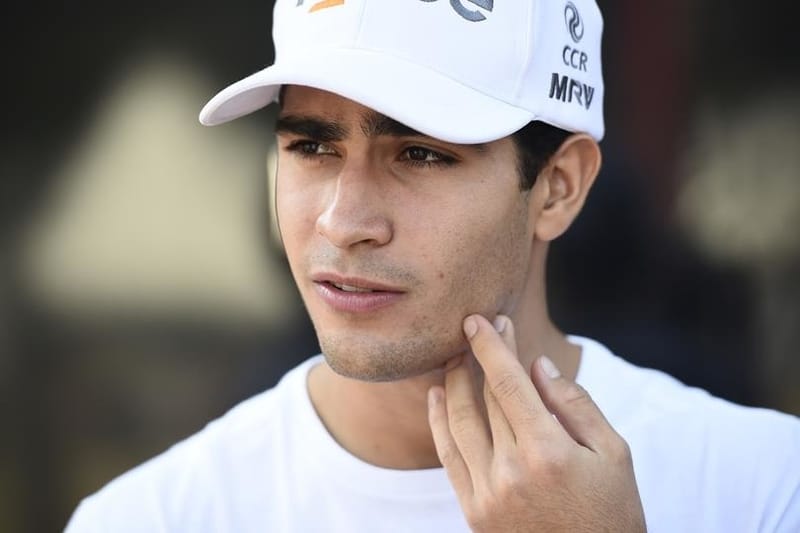 Sérgio Sette Câmara has his sights set on a crucial weekend in the penultimate round of the FIA Formula 2 Championship at the Sochi Autodrom.

The Brazilian remains one of five drivers who could mathematically win the title this year. However, with a seventy-four point gap over leader Nyck de Vries and only ninety-six left on the table, it is highly unlikely that the DAMS pilot will overhaul the Dutchman.

Whilst the championship may seem like a tall order, Sette Câmara could still finish in the top three that would give him forty super licence points that would grant him an entry into Formula 1, as those points would remain valid until the end of 2021. He is currently fifth but fifteen points behind second place Nicholas Latifi, and only four off Luca Ghiotto in third.

In order to stay in that fight, a strong result in Sochi this weekend will be the ideal scenario for the twenty-one year old going into the last round of the season in Abu Dhabi. 2018 marked his first visit to this track and produced some excellent performances to finish fifth in the Feature Race after qualifying eighth on the grid before climbing up the order to a well-deserved second position in the dry-wet Sprint Race.

“Sochi is a relatively new track for me. I’ve only been there once, when F2 was there last season, and it’s a track that I need to learn to know all the tricks,” Sette Câmara added. “I’m not happy with how I did there last year, but I still ended up getting good results.

“I don’t consider it a fast track. Sector 1 and 2 are more medium-to-high speeds, but then Sector 3 is a super-tight section with slow corners. It’s also quite bumpy, even though from the outside it looks like it’s from a video game – like Le Castellet or Yas Marina.

“It’s difficult to get your set-up for, and the bumps don’t help with the entry stability in corners. Because of the contrasts of speeds, you need to try and find a good balance between high-speed and low-speed, plus it’s Russia and although we are in the south it can still be a bit cold.”

With one race win to his name this year in the Sprint Race in Austria unlike last year, staying “out of trouble” will be the key to a good result at the Sochi Autodrom.

“It’s one of the most difficult races. You tend to grain your tyres during qualifying on the long left,” the DAMS driver analysed. “You stress them for so long and then there’s a right-hander after, so you’re constantly loading the tyres for around seven or eight seconds. You have got to start the race on those tyres.

“You have to stay out of trouble, especially at the start. If I’m not mistaken I think I qualified eighth there last season which was my worst qualifying position, but it was also in the top five weekends when it came to points scored.

“That’s how much mess there can be. Unlike most other circuits, in Sochi we have a flat-out right-hand corner after the start which means we approach Turn 1 at very high speeds – more than usual. It can be chaos, so you have to stay out of that!”

By Joe Ellis
2 Mins read
19 down, one to go. Just MP Motorsport are left to announce their second F2 driver after Trident revealed their pairing for 2021.
Formula 2

By Joe Ellis
2 Mins read
Beckmann makes his debut in Formula 2 while Samaia prepares for his second year in the series.
Formula 2Formula 3

By Joe Ellis
2 Mins read
A big chunk of the Formula 2 and 3 grids have been unveiled as Alpine announce their driver academy for 2021.