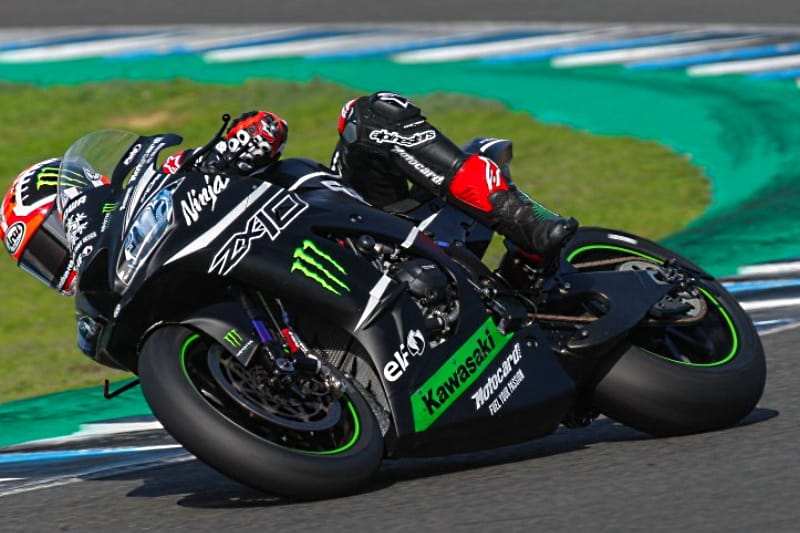 Second KRT rider Alex Lowes was fourth as he continues to adapt to the Kawasaki machine, with Loris Baz completing the top five.

BMW returned to the track after skipping the earlier Aragon test, with Tom Sykes completing 50 laps as the German team continue to develop the BMW S1000RR.

Sykes ended the day in 7th ahead of Chaz Davies and Yamaha test rider Nicolo Canepa.

Making his debut with the BMW team, Eugene Laverty ended his first day in 10th overall with 63 laps completed.

The Irishman was +1.764s shy of his countryman’s top time.

Fresh from the MotoGP test, Michele Pirro was back out on track to help develop the Panigale, the Italian ended the day in 11th.

World Superbike rookie Garrett Gerloff was 12th onboard the GRT Yamaha ahead of Xavi Fores, who makes his World Superbike return in 2020 with the Puccetti Kawasaki team.

Second GRT Yamaha rider Federico Carricassulo was 14th as he continues to adapt to the much more powerful Yamaha R1 superbike, the former Supersport runner-up ended the day +2.232s down on Rea’s top time.

Lorenzo Savadori also returns to the championship in 2020, the Pedercini Kawasaki rider completed 64 laps and ended the opening day in 15th.

Phillip Oettl was the third Supersport machine on the timesheets, +0.867s down on Ponsson’s time.

Also making their World Supersport debuts in 2020 is Andrea Locatelli, Steven Odendaal and Can Oncu, who all make the switch from Moto2.

Ana Carrasco was the sole Supersport 300 rider and enjoyed ten laps onboard Jonathan Rea’s World Superbike machine in the morning.