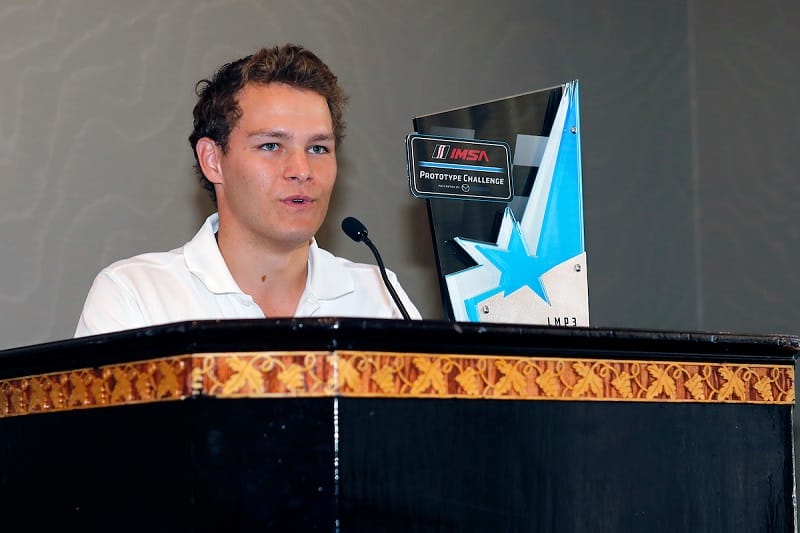 The twenty-five-year-old has been racing sports cars and prototypes in recent years, winning the 2018 IMSA Prototype Challenge Championship and finishing second in the LMP2 class in the 2019 Rolex 24 Hours with Performance Tech Motorsports.

After racing at Daytona last year, he joined the BRDC British Formula 3 Championship with Fortec, taking a best finish of fifth at Silverstone in August and taking sixteenth in the standings.

“I know the Fortec organization and expertise of Fortec having driven for them in BRDC last year,” said Wright about his move to EuroFormula Open.

“Driving the new Fortec-Dallara 320 on circuits like Monza, Pau and the others is going to be a great challenge but exciting, too. I’m good to go!”

Wright is the first driver to be confirmed at Fortec, with the team expecting to field two cars in each of the nine rounds that begin with a trip to the Circuit Paul Ricard in April.

Mick Kouros, who oversees the Fortec Motorsport’s EuroFormula Open team, says he is excited to continue the relationship with Wright into 2020, and he expects him to adapt quickly to the Dallara E320 that is being used for the first time in the series this season.

“Fortec is looking forward to continuing the strong relationship it has developed with Kris, having driven in his first formula series outside of America last year with us,” said Kouros.  “Kris tested extremely well during the invitational test in Barcelona in December.

“He adapts quickly to any car that he drives so we are looking forward to 2020.”

Fortec Motorsports have made the switch from Mercedes-Benz power to the Volkswagen Spiess engines for 2020 having finished fifth in the Teams’ Championship last year, with Calan Williams, Cameron Das and Manuel Maldonado all racing for the team in EuroFormula Open in 2019.