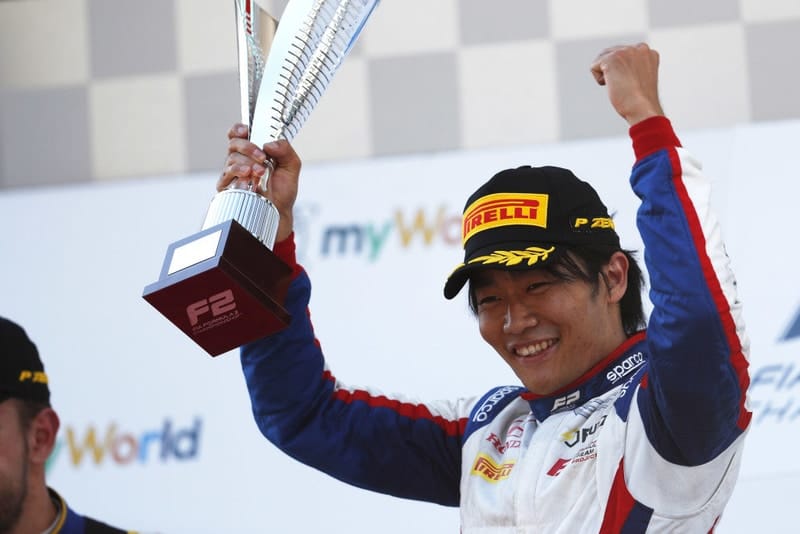 Japanese racer Nobuharu Matsushita will continue in FIA Formula 2 as he moves to the Dutch team MP Motorsport for the 2020 season.

The 26-year-old spent 2019 behind the wheel of Carlin’s Dallara F2/18 where he finished sixth in the final standings, taking feature race victories at the Red Bull Ring and Monza.

Further podiums at Monaco, Hungary and Abu Dhabi helped to boost him up the overall leader board but he will have been disappointed not to make more of a splash on his return to Europe after a year out in his native Japan racing Super Formula

Alongside Matsushita in the Dutch squad will be Brazilian Felipe Drugovich who tested the car at the post-season test in Abu Dhabi in December.

Drugovich graduates from FIA Formula 3 where he scored eight points in a 16 placed finish in 2019 having utterly dominated the Euroformula Open Championship the previous year.

Speaking after the announcement, Matsushita said: “I’m excited to join MP for a fresh assault on the FIA F2 Championship. I’m convinced that together we will be able to create a package that will surprise all our rivals on the grid.

“Also, I hope that Felipe’s raw speed will spur me on to extract the best from myself in my efforts to add more victories to my FIA F2 win tally.”

MP themselves had a troubled 2019 finishing seventh in the teams’ standings, largely thanks to two podiums from Brit Jordan King.

They also have chosen not to retain Mahaveer Raghunathan for a second season after the Indian driver scored just one point in a season which saw him as the field’s perennial backmarker.

MP team manager Sander Dorsman said: “It’s great news that Nobu will be part of our team in 2020. In the past seasons, you could always count on him being up there fighting for the points and the wins, and I’m certain that his experience will help the team thrive in its search for success.

“He’s won in every F2 season that he competed in, and of course I’m hoping for this trend to continue in 2020! Also, Nobu will be a formidable yardstick for Felipe going into his debut season in FIA F2.”

By Paul Hensby
1 Mins read
Christian Horner says Red Bull’s young driver programme is thriving, and there are plenty of options to whom will be the next Junior Team driver to be promoted to Formula 1.
Formula 2

By Ashley Hambly
2 Mins read
Oscar Piastri reinforced his championship lead with a comfortable win at Sochi, his third victory of the 2021 Formula 2 season.
Formula 2