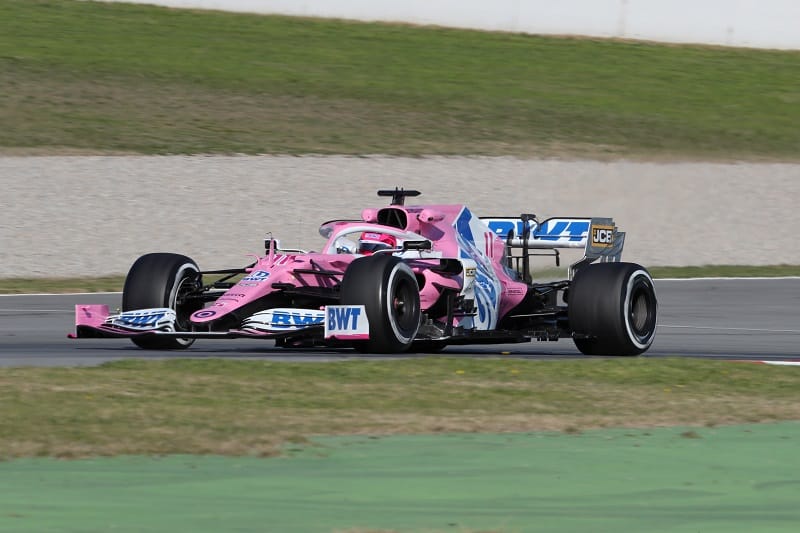 Sergio Pérez feels the BWT Racing Point F1 Team has a solid base to build on with their RP20 after an encouraging Thursday at the Circuit de Barcelona-Catalunya.

In what many people are describing as a Pink Mercedes – the RP20 looking remarkably like the Mercedes W10 from 2019 – Pérez was able complete one hundred and forty-five laps of the Spanish circuit, with the Mexican going through a number of programmes on his way to the second fastest time of the day.

Pérez felt the RP20 had good pace and was reliable throughout, things the thirty-year-old hopes the team will be able to work on heading into next weeks second test in Spain and the opening race of the season in Australia next month.

“Today we were able to complete a lot of kilometres – over 650 – which has been our first priority, given the limited amount of testing,” said Pérez.  “We still have plenty of things to work on over the coming days but we have shown that we’re on the right track with good pace and reliability.

“Hopefully tomorrow is another good day for the team with Lance in the car as our preparations for Australia continue. It’s still very early days – far too early – but I think it’s a solid base and I think we have something to work with for the coming races and for the start of the season.”

Team-mate Lance Stroll was in agreement with Pérez after taking over the RP20 for the final day on Friday, with the Canadian completing one hundred and sixteen laps, almost five hundred and forty kilometres.

The twenty-one-year-old from Quebec insists the team are focussing purely on their own work, and with the RP20 a much different but better car to its 2019 predecessor, Stroll feels they have a good base on which to build on before the season begins next month in Australia.

“After driving in the afternoon of the opening day, it felt good to be back behind the wheel for a full day of running,” said Stroll on Friday.  “We covered lots of laps, collected the data and worked through the job list.

“The RP20 feels very different to last season’s car and I think we’re in a much better place now than we were this time last year. You never know what the others are doing so we are just focussing on our own work.

“We definitely have a good base on which to build.”