Kristofferson returns to World RX for 2020 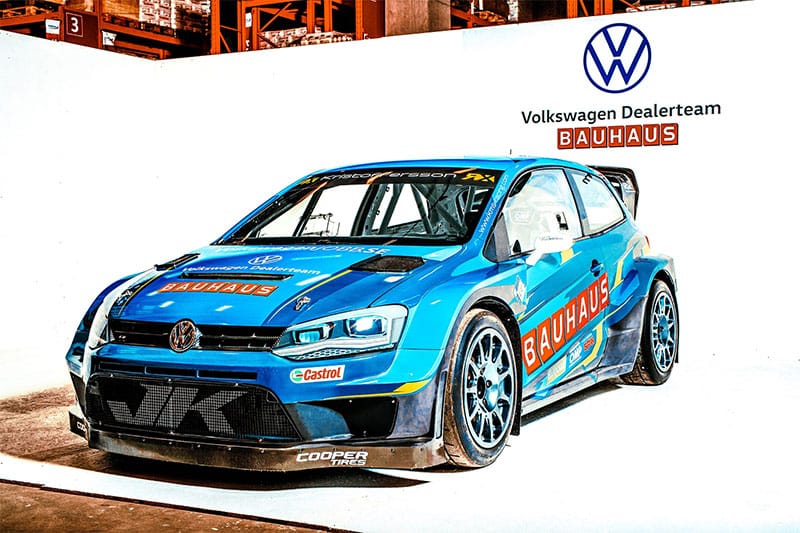 Double FIA World Rallycross champion, Johan Kristofferson has announced his return to the sport for the 2020 season.

Kristofferson left the sport in 2018 after a dominant year, winning eleven out of the twelve rounds and securing his second world title. After a stint in rally and WTCR in 2019, he returns with his sight set on a third world title.

“It has been a hectic period and not the easiest path to go along,” commented Kristofferson. “There have been many alternatives, but right now I feel really satisfied. Rallycross is very close to my heart. All our energy and focus is now on World RX”

The Swede will be piloting the Volkswagen Polo GTI RX with Volkswagen Dealerteam BAUHAUS. The Polo took Kristofferson to both world titles in 2017 and 2018.

“Spa looks awesome and Abu Dhabi is also new to me.  I’m really looking forward to this season and it is a bit special to do it with Kristoffersson Motorsport. When we entered rallycross in 2014 we set a three-year plan to become world champions.

“It succeeded, however with PSRX where I had two fantastic years. But some of our own staff were on the substitutes bench so to speak. That’s why it’s so extremely nice to do this”.

Tommy Kristofferson, team boss and father of Johan, is ready for the challenge of running a family team in 2020, “To run a family team in the world championship is really above our heads, but thanks to great support from our main partners, the Volkswagen dealers in Sweden and BAUHAUS, we felt it was worth giving it a go“.

“Of course we will be there aiming to win, but anyone involved in this business knows it’s not that easy. After all, we’re a private team and the resources are limited, not even close to 2017 and 2018.”

The team have also said that they are keeping their options open regarding the future electrification of rallycross.

Volkswagen Dealerteam BAUHAUS will run just one car for the non-Euro RX rounds. During Euro RX, the second Polo GTI RX will be driven by Sondre Evjen.

The first round of the FIA World Rallycross Championship gets underway on 18 April.