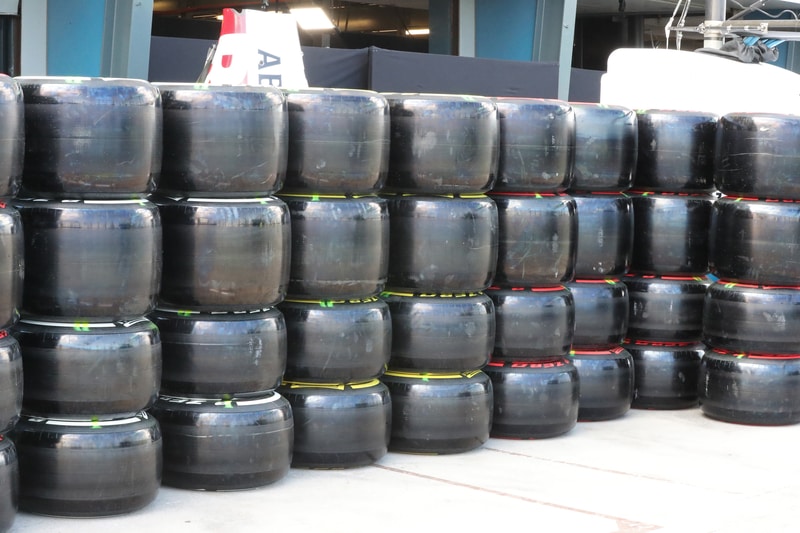 Formula 1 tyre supplier Pirelli has confirmed that because of race cancellations, around 1800 tyres were scrapped.

With the Australian Grand Prix being cancelled last Friday, Pirelli have to scrap their tyre allocation previously selected for the race weekend despite not being used.

Scrapping tyres for Pirelli is nothing new, they often do it with the sets of wet tyres supplied every race if there is no need to use them.

For the postponed races recently announced by Formula 1, the tyres will be kept, this in order to have them ready in case such races are rescheduled. However, if rescheduling is not an option then, they can be used in another venue because further races use the same tyre allocation and can be shipped.

The tyres for the Australian Grand Prix were sent back to the UK and could be repurposed.

Pirelli motorsport boss, Mario Isola, told Motorsport.com how the compound can be reused in a different way and not “throw them away”:

“We crush the tyres in order to fit them in fewer containers, and send them back to the UK where we recycle them in a cement factory close to Didcot, we burn them at high temperature, and we create energy, but not pollution.”

“We are investigating many possible ways of recycling F1 tyres, but at the moment this is the way we recycle them after all our analysis.”

The tyres cannot be reused after they were mounted onto the rims as there is a risk of damage when attempting to take them off. There are 1800 of unmounted tyres already delivered to the upcoming races in the calendar, Bahrain and Vietnam, these countries were set to host their respective rounds of the season but, as a result of the necessary precautions taken in order to avoid the spread of coronavirus,  the events were postponed.

“The only problem is for tyres that are already fitted because in that case, those tyres are going to be stripped.”

“At the moment the limitation is that when we strip a tyre from the rim, we give stress to the bead, and then obviously we are not confident to fit the tyre again, because of the level of forces acting on these tyres is huge. So, we don’t want to take any risk.” said Isola.

“The tyres for Bahrain and Vietnam are already there, but it’s not a problem. We use sea freight for most of the tyres, and they are in thermal controlled containers, it’s like having them in a warehouse, it doesn’t make any difference for them. If there is any change in the calendar, we can use them.” he added.

“In the future and considering that we will have a sole supplier and standard design for the rims, we will try to work together in order to find a way to fit and strip tyres and re-use them. But we need to make sure that we are not taking any risk.”

George Russell: “We aren’t quite as competitive here as we would have hoped”

By Paul Hensby
2 Mins read
George Russell feels it will be a tough weekend for Williams at Monza, with the car not suiting the circuit as much as the team would have liked.