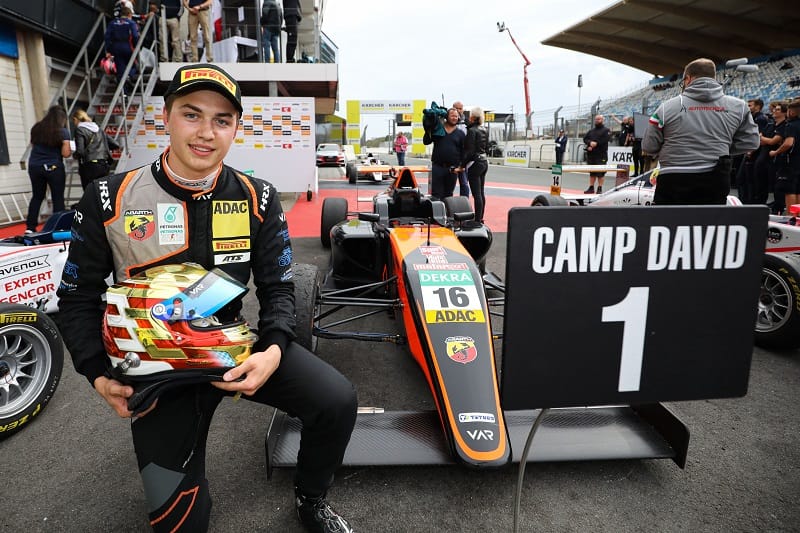 Estner has been a part of the Van Amersfoort Racing team for two seasons, racing in the season finale of the 2018 Italian Formula 4 Championship before competing in a full season of ADAC Formula 4 with the Dutch squad last year.  He took his maiden victory at Zandvoort but couldn’t better fourteenth in the Drivers’ Championship.

For 2020, Estner moves away from Formula 4 machinery to race in Formula 3, and he cannot wait to get the season underway at the end of April at the Circuit Paul Ricard in France.

“The car is very different from what I’m used to,” admits Estner, who is the younger brother of Andreas Estner, who raced in the FIA Formula 3 Championship in 2019.  “It is certainly more powerful, but the generated downforce is the true impressive part.

“It is a complete different way of racing and it suits me very well!  I am really excited to be back with Van Amersfoort Racing. I have always felt very much at home and this feeling seems to get stronger every time I get in the car with them.

“I can’t even put into words how much I look forward to the season to kick-off. We will be hitting quite a number of tracks that are new to me and from those, I look especially forward to Pau, not to mention Spa-Francorchamps!”

2020 will mark the teams’ first year in EuroFormula Open, and Rob Niessink, the CEO of the Dutch outfit, feels Estner is ready to compete at a higher level this season, with the German showing good potential during his time with Van Amersfoort Racing.

The team are likely to unveil a third driver before the season begins next month in France, but Niessink is excited to work alongside Estner for a third consecutive campaign.

“The level of the championship is good and by joining the program we can offer our drivers continuation, a good next step on the motorsport ladder,” said Niessink.  “Sebastian is a great example of this. He matured strongly during his time in Formula 4 and is now ready to compete at a higher level.

“We can accommodate this through our entry into the series and are very happy to have him on board again. We know Sebastian well and certainly believe in his potential to be making good progress during the season and perform at a competitive level.

“Needless to say, we are very much looking forward to get started together with Sebastian!”