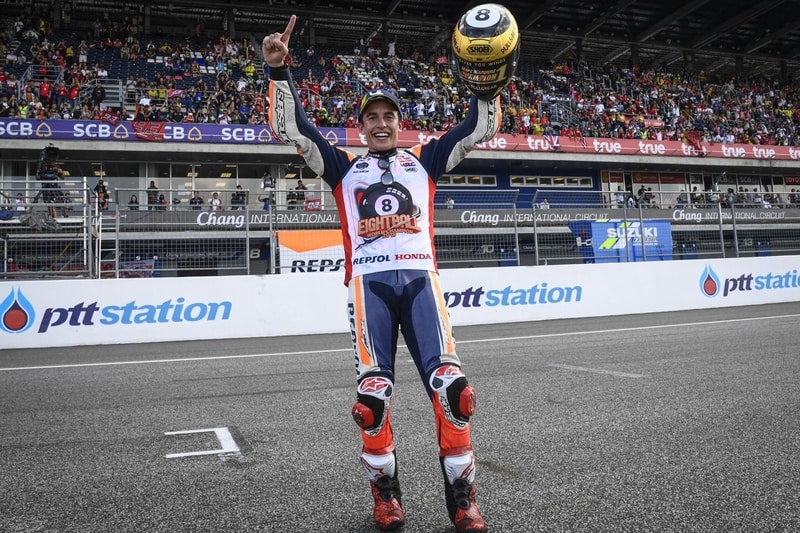 MotoGP has never been stronger for many racing enthusiasts, but with that said, the great element regarding two-wheel racing, is that fans associate themselves with different riders, decades, and even era’s.

Whether it was Giacomo Agostini dominating the 350cc and 500cc championships, the great Mike Hailwood and his success in all forms of Motorsport, Mick Doohan rising to the top of the sport for Australia, Valentino Rossi raising the sport into a world phenomenon, or the latest in the greatest ever debate Marc Marquez.

Motorcycling is a sport that has seen prolonged excellence through many generations, which includes many countries, riders and teams. Bikes have changed, technology is pushing the limits like never before, and riders are evolving every year in order to gain the smallest margins that will make a big difference.

Italy have always been and remain one the of more consistently successful nations within the sport. However, a lot of their success belongs to Agostini, who started a level of domination throughout the 1960s and early 70s for Italy, that has rarely been matched in any form of racing.

Of course, every decade is different and there is no possible way to compare achievements especially due to how racing has changed, but fact remains, Agostini is the most successful rider in Grand Prix history.

The Italian, like many of his generation was not just a Grand Prix rider, but also competed and won the greatest race of all… that being the Isle of Man TT with ten victories at the event.

A few years later, and it was the turn of Spain who had a dominant racer in the shape of Angel Nieto and his thirteen championships, best known as 12 + 1. Nieto lies third across all classes of GP racing, with a total of 90 wins behind only Rossi and Agostini and second in championships.

Nieto’s career spanned over the course of twenty-two seasons, and remains one of the most talked about riders to this day. Italian and Spanish success has been a constant for decades, most recently due to Rossi, Marquez and Jorge Lorenzo, but in between this, numerous other countries have shined atop the sport.

The first name that comes to mind is the above mentioned Hailwood from the United Kingdom. Like Agostini, the British rider was a do it all rider and was a nine time world champion across three different categories, which included 250cc, 350cc and 500cc. He also has fourteen victories at the TT, but it wasn’t just success in motorcycling for the Brit.

Hailwood made his car racing debut in 1963, and would go on to make appearances in Formula one, a podium at the 1969 24 Hours of Le Mans along with winning the 1972 Formula Two European title. Hailwood remains the most successful non Spanish or Italian rider in the Grand Prix paddock.

Like Hailwood, another British rider to become a huge success was John Surtees. The Surrey born rider had a very similar career path to Hailwood in regards to competing at the very highest level on both two and four wheels. Surtees finished as a seven time world champion, before achieving something no other person has, which is both a MotoGP and F1 title.

The 1950s, 60s and 70s, were a great time for British racing in the world championship, with Hailwodd, Surtees, Phil Read and Geoff Duke all winning multiple titles.

In the top class, the 1980s and 90s were predominately about two countries – those being the United States and Australia. In what was a golden generation for American racing, Kenny Roberts, Wayne Rainey, Freddie Spencer and Kevin Schwantz all achieved stunning results, which saw Roberts vs Spencer light up the 80s decade as one of the better rivalries in racing, before another all American duel in the form of Rainey vs Schwantz in the early 90s.

One of the more recognised legends of the sport is Doohan due to his consistency and high level of success. The Australian spent ten years in the Grand Prix paddock, all of which were in the 500cc category. Doohan raced with Honda for the entirety of his career, and secured five back-to-back titles from 1994 to 1998, which was his last full season in racing.

Doohan is the most accomplished Australian to compete in the top class, but whether it’s names such as Wayne Gardner, Casey Stoner, or the most recent Aussie champion Jack Miller which came in Moto3. There is no doubt about the level of talent produced by Australia throughout MotoGP history.

For the younger fans watching the sport, one name comes to mind. That is of course Rossi. A young Italian with long curly hair and the ability on a motorcycle that was truly exceptional. The Doctor took the sport by storm at the beginning of the 21st century, and gave Italy what would be yet another dominant world champion.

After early success with Repsol Honda, Rossi moved to Yamaha and immediately made the team the best on the grid. Many believe the Italian is a big reason for the sport’s increased popularity over the years. Rossi has won nine world championships, which includes seven in the premier class with the last of those coming 2009.

Since then every championship has been won by one of two Spanish riders except in 2011, when Stoner won his second title and first with Honda. Lorenzo was first to have success with two titles before Marquez debuted in 2013. In fact, since Stoner’s win with Honda in 2012, Marquez has won every championship except 2015.

While many riders have had dominating stretches, the still only 26 year-old might just be the best of them all. With eight world titles in the last ten years, including the MotoGP crown as a rookie, Marquez has once again given Spain a perennial champion who has been unrelenting in setting a new standard.

Whichever rider or era you’re a fan of, all of these great riders listed have achieved huge results at the very highest level.