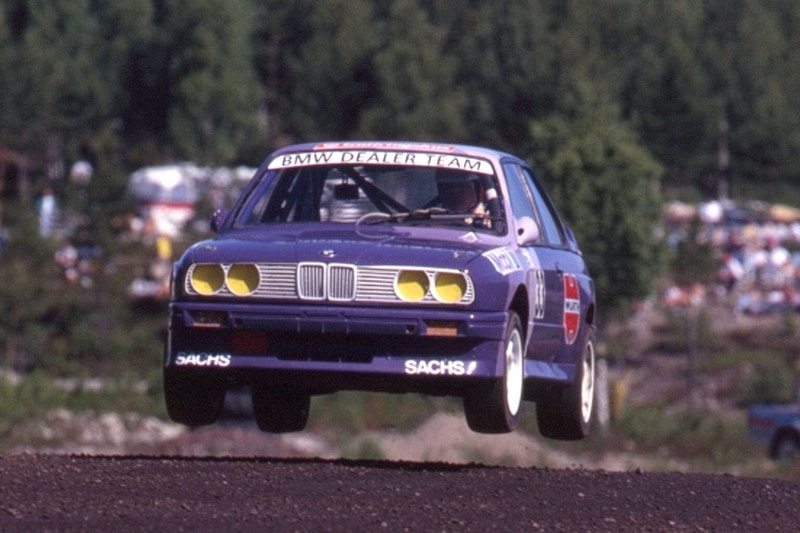 Simpson has sourced a period S14 2.5 BMW Motorsport engine. It now runs a modern management system and engine internals with the aim of giving Simpson the chance to fight for wins this season.

“After a few years doing the odd event in Retro I decided that the time was right to join Retro Rallycross fulltime. That was midway through 2018 and I was only able to fit in a couple of rounds, but the plan was to do a full season in 2019.

“Last year we had a run of results that will be very difficult to match; the competition was fierce and there was some hard, clean racing which I enjoyed immensely.

“The whole Retro paddock is like having a new motorsport family, everyone is helpful and friendly, especially Shirley and her hard-working team. Competitors help each other to sort their cars as no one wants to see someone not able to race and that translates onto the circuit where most drivers look after their cars and don’t want to risk unnecessary damage.

“I am looking forward to this season and cannot wait to get behind the wheel again.”

Shirley Gibson, co-ordinator for Retro Rallycross added: “The new look BMW, based on a replica of one of Bengt Ekström’s cars, is very exciting.

“As soon as plans were put in place for the transformation, I called Mattias who was really pleased that Gary was honouring his father in this way.

“I made enquiries to find the actual paint code to ensure that we got the colour match right. This wasn’t easy as neither Mattias nor Bengt knew due to the time that has lapsed.

“In the end we acquired an original photograph from Johnny Loix which was given to the paint experts to sort out. Both Mattias and Bengt are looking forward to seeing the car out during the season as are we at Retro Rallycross.

“I always find it exciting when drivers make the effort to pay tribute to the sports drivers and their cars, that make up our incredible history.

“Bengt was one of the leading runners in his native Sweden as well as the European Rallycross Championship, where he was respected and popular throughout the paddock.”

The Retro Rallycross Championship is hoping to get the season underway this summer if the ban on all Motorsport-UK sanctioned events is lifted after 30 June.

Love sport, especially motorsport. Fan of F1, Formula E, IndyCar, BTCC, Rallycross and V8 Supercars. So not too much then. Covering World RX for The Checkered Flag.
Articles

By Mark Cridland
7 Mins read
Heaps of sunshine, loads of spectators and plenty of drama all led to a great round two of the British Rallycross Championship at Lydden Hill on Bank Holiday Monday.
British Rallycross

5 Nations BRX Roars Into Action for 2021

By Mark Cridland
7 Mins read
The 2021 season of the 5 Nations British Rallycross Championship kicks off in big style at a very sunny Lydden Hill in Kent.