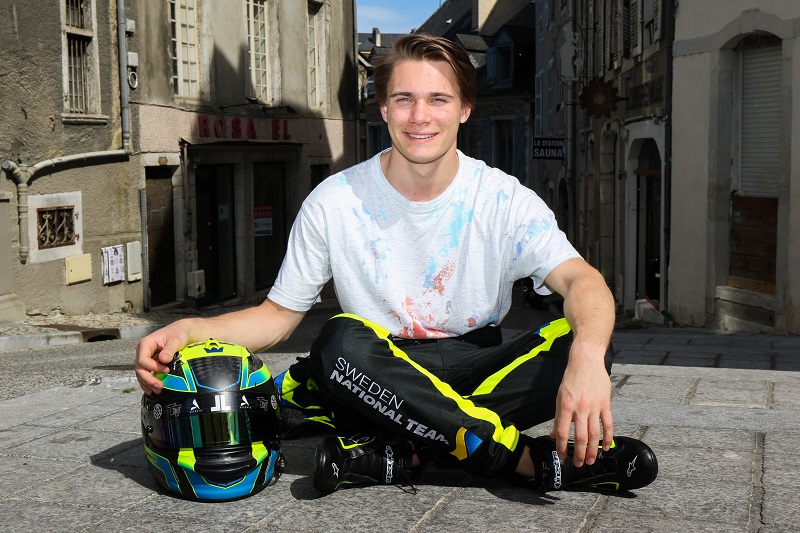 Linus Lundqvist, the 2018 British Formula 3 champion, has opted to race in the United States of America in 2020, with the Swede joining the Global Racing Group team in the Formula Regional Americas Championship Powered by Honda.

The twenty-one-year-old raced for Double R Racing in EuroFormula Open in 2019, securing one pole position and two podium finishes on his way to fifth in the final standings, while he finished second overall in the rookie standings behind Liam Lawson.

Global Racing Group are the defending series champions in the rebranded championship, which was known as F3 Americas prior to 2020.  The season is set to get underway at the Circuit of the Americas across the weekend of 5-7 June after the round at Road Atlanta on 9-11 April was postponed due to the coronavirus outbreak.

“I’m really excited to be teaming up with Global Racing Group and to take on this new challenge in Formula Regional Americas,” said Lundqvist.

“I will have plenty to learn with a new car, new continent and new tracks, but I’m confident I’ve got the overall background to get quickly up to speed. Although I know it won’t be easy, my clear target is to battle it out up front and ultimately win the championship.”

Lundqvist is eyeing the title in 2020 and a graduation into Indy Lights for the 2021 season. The series champion of the Formula Regional Americas Championship will earn a drive in next years’ Indy Lights championship campaign.

Ultimately, he is looking to follow in the footsteps of countrymen Felix Rosenqvist and Marcus Ericsson in reaching the NTT IndyCar Series.

“It’s been a long winter, and we have taken our time to carefully explore all of my career options,” said Lundqvist.  “I’m thrilled with where that’s taken us.

“American racing is really coming along, not least in Sweden thanks to our two IndyCar drivers, and the progression path system is what every driver loves: it’s in your own hands if you win it. I’m very excited to be racing in Formula Regional Americas and can’t wait to get to work with the team.”