NASCAR season restarting in May at Darlington 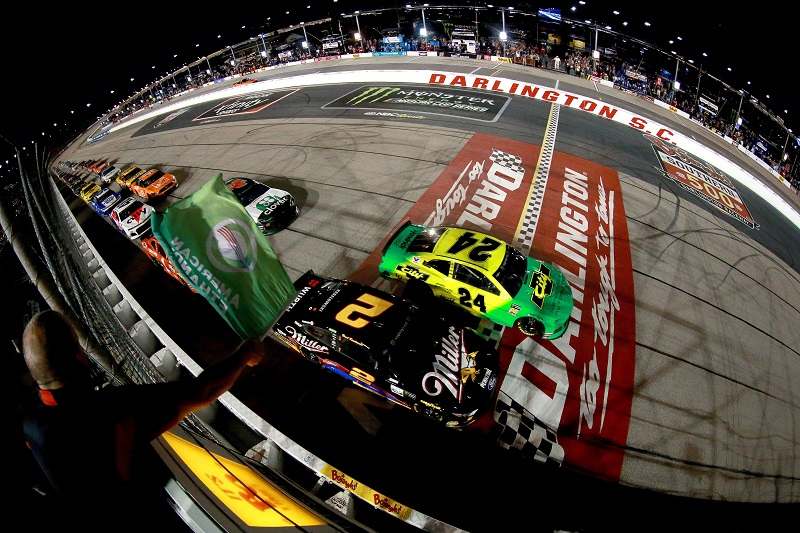 Assuming things go to plan, the NASCAR season will resume on 17 May at Darlington Raceway. Over an eleven-day period, NASCAR’s Cup Series and its support Xfinity and Gander RV & Outdoors Truck Series will run seven total races at the famed track and the nearby Charlotte Motor Speedway. One of such dates will be the crown jewel Coca-Cola 600 at Charlotte. The revised schedule was announced Thursday afternoon.

“NASCAR and its teams are eager and excited to return to racing, and have great respect for the responsibility that comes with a return to competition,” NASCAR Executive Vice President Steve O’Donnell stated. “NASCAR will return in an environment that will ensure the safety of our competitors, officials and all those in the local community.

“We thank local, state and federal officials and medical experts, as well as everyone in the industry, for the unprecedented support in our return to racing, and we look forward to joining our passionate fans in watching cars return to the track.”

Under the revised schedule, Darlington—who traditionally hosts the Southern 500 in September—will receive a second Cup race date of 400 miles in length. The track last hosted a 400-mile event in 2004. Two days after the race, the Xfinity Series will take to the track for a 200-mile Tuesday event, followed by a 500-km Cup round the following evening.

Sunday, 24 May will see the Coca-Cola 600 as scheduled, followed by the Xfinity Series’ 300-miler on Monday night and the Truck Series’ 200-miler on Tuesday. The gauntlet will end on Wednesday with a 500-km Cup race.

The season has been frozen since March due to COVID-19 with numerous race weekends being postponed. Such dates have not revealed rescheduled weekends. As NASCAR worked with public health officials and government leaders, Darlington and Charlotte became the first to offer return dates as they are the closest to much of the teams’ operations. North Carolina governor Roy Cooper also gave his blessing by announcing NASCAR as an essential business, allowing teams to return to work.

With the traditional race weekend format thrown out, the race day will also look different. Practice sessions will not be held, while qualifying and the race take place on the same day. Those entering and exiting the tracks will also be screened and social distancing measures will be implemented.

“While we are thrilled to return to the race track, the health and safety of our employees and all race participants is our top priority,” Fox Sports president Mark Silverman said. “We will continue working in lockstep with our partners at NASCAR and the race tracks to follow all national and local health guidelines.”

By Justin Nguyen
2 Mins read
Bob Jenkins, who defined many racing fans’ childhoods throughout the 1980s and 1990s in NASCAR and IndyCar, has passed away after battling cancer. He was 73.
NASCAR