Catie Munnings signs up for the Extreme E 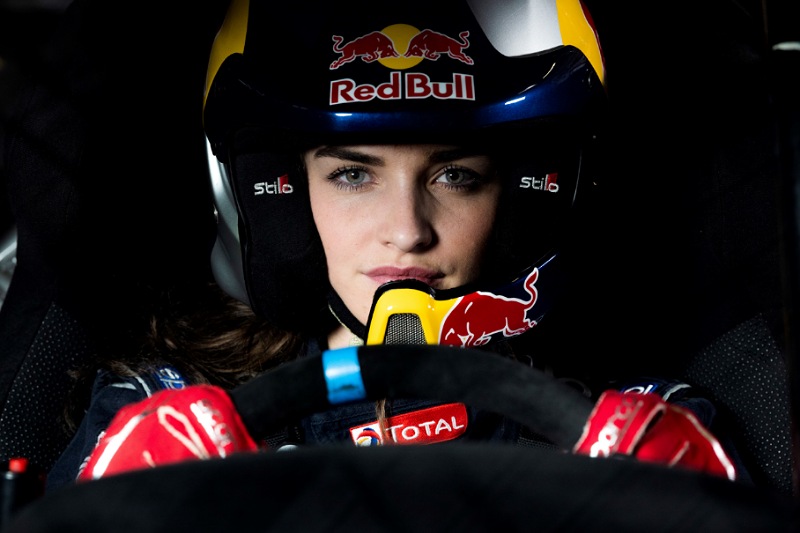 22-year-old British FIA Junior World Rally Championship driver Catie Munnings is the latest female driver to be announced for the first-ever all-electric off road series Extreme E for the debut season next year.

Extreme E will be the first series to include a 50/50 split of male and female drivers line-up in the teams. Munnings will be tackling the worlds finest off road stages in the Odyssey 21 E-SUVs.

“Extreme E’s races are all in incredible locations and I can’t wait for the challenge of mastering all those different types of surfaces and conditions. I see it as a natural progression and a very exciting prospect,” Munnings, said.

“The high level of competition that I think we’re going to see in the series is one big draw as a driver but I’m really inspired by the sustainability and equality aspects of Extreme E and its overall goals – with all the work that will take place to help change the world for the better. Achieving something this important through competition would mean a lot for motorsport.”

“I would jump at the opportunity to race in any of the locations, so to include them all in one championship is fantastic. The one that stands out to me at a first glance would be the Amazon – I just cannot imagine seeing the car racing in those environments, but why not?”

Munnings started her rally career at the age of 17, before she took part in grass-autotesting when she was 14. In 2016 she entered the FIA European Rally Championship and was the only female driver to finish the Ypres Rally that year.

On her second outting in the championship, she scored her first points in the career and also claimed the ERC Ladies Trophy. Becoming the first British driver in 49 years to win a ERC title.

“Every aspect of life is affected by climate change. This is true now and will only become even more pressing in the years to come. This includes motorsport. It’s vital for us to remember that we only have one planet and we have to take good care of it – not only for us but for future generations, too.” Munnings, continued.

“Extreme E’s goal of making a link between the sport we love and doing something incredibly important and constructive for the world is a massive thing.

“Every form of motorsport is looking to make positive environmental changes, and Extreme E’s foundations are set in sustainability and raising awareness as well as driving that change. It’s an exciting time for the industry.”

She continued with her ERC career in 2017 and 2018, finishing the seasons with two fourth-place finishes in the ERC3 standings before being backed by Red Bull UK to enter the 2019 season. Since this year she has been competing in JWRC.

Munnings has a lot of experience when it comes on driving on loose surfaces beside the rest of the female drivers who have raced mostly on asphalt.

“I don’t know what to expect fully, I can imagine the car is able to drive in a way you couldn’t quite envisage given its size and presence, on surfaces you wouldn’t think it could be capable of performing on.

“Certainly, from what I’ve seen from Ken Block’s Dakar outing and testing, and the feedback that others have reported in with, I cannot wait to sample it for myself – I’d love to experience it.” Munnings, said.

“Once I test and get a good feeling for it, then I’ll know which skills I can adapt from rally and which I need to learn from scratch. I read that Theo Gouzin from Spark (Spark Racing Technology – the ODYSSEY 21’s designer and manufacturer) said the cars have the power and torque of World Rally Championship and rally raid cars. That would be very impressive and quite surreal to feel in something in the size and package of an SUV.”

“I think it will be similar, in that you’ll still be driving with your instincts. Rallying is probably the closest in the motorsport family, and the changeable conditions and surfaces will be directly relatable.”

“Competing on different surfaces, in different climates and adapting quickly is something I’m used to. However, the physical side of learning this new car, an electric car, also the size, the manoeuverability and judging the pace of a new championship, will be a completely new challenge, for every driver.”

Extreme E’s Season One will start in the beginning of next year. They will be racing at several well-known locations of Brazil, Greenland and West Africa to name a few.

By James Thomas
2 Mins read
Jenson Button has announced he will be driving for his own team in the inaugural season of the all-electric off-road series Extreme E.
Extreme E