Jimmie Johnson: “I want to do this more than ever before” after IndyCar Test 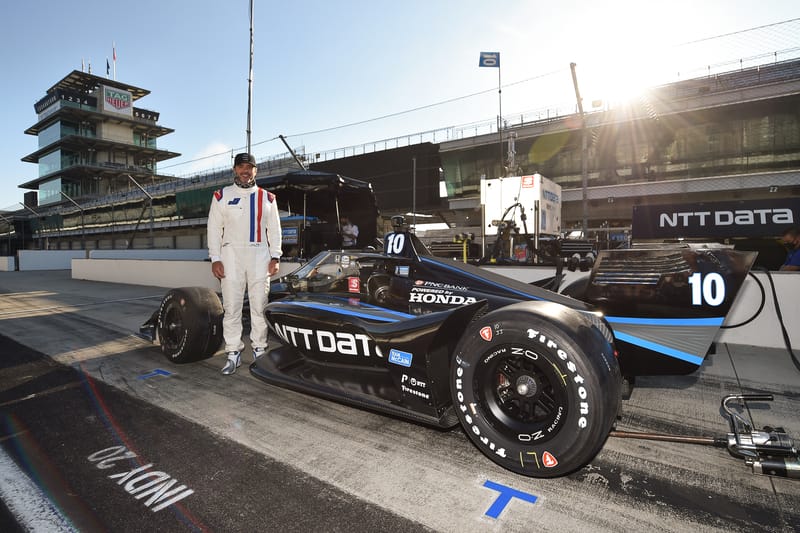 Johnson turned 125 laps in the #10 NTT Data Honda, the same car that Felix Rosenqvist drove in the GMR Grand Prix on 04 July. Despite a very hot track temperature resulting in low grip, as well as a limited amount of tyres, Johnson excelled in the test.

“He did a fantastic job,” Dixon said of Johnson to Indycar.com.

“The hardest part is knowing baselines (because) when you don’t have a teammate with you during the day, you don’t know really where you stand.

“But the biggest thing for me was when we started going through the data and the video, how he was able to replicate ‘Jimmie do this or do that’ is really difficult to do and comprehend, especially when it’s not your comfort zone.

“Honestly, he did a terrific job … he did a mega job.”

Johnson also opened up about the differences in driving an Indycar compared to a NASCAR stock car.

“All the aggression you try to remove driving a Cup car apply to driving an Indy car,” he said.

“The amount of time you have to respond to the car getting out of control is so much smaller in one of these (cars). I ended up spinning out twice trying to find the edge. But as the day went on, I was really able to identify the early cues from the car and (understand) what was taking place.”

After the event, Johnson said that he would like to run IndyCar now more than ever.

“It only lit the fire more. I want to do this more than ever before,” Johnson said in a telephone interview with The Associated Press.

“It was something new, something different. NASCAR has been so good to me. and I am so proud of the success I’ve had. But to try something new, man, this was really cool.”

There have been no specific talks about getting Johnson into an IndyCar just yet, but Mike Hull said that Ganassi would love to have him on board. However, Hull also believes that other teams would be interested in his services.

Arrow McLaren SP, the team Johnson was originally supposed to test with and had a seat fitting with in March, still remains interested in him. Despite this test with Ganassi, Johnson still hopes to test with McLaren this year.

Johnson will be retiring from NASCAR competition at the end of this year, and hopes to turn to street circuit/road course racing in 2021. He also has not ruled out the Indianapolis 500 for as early as 2022.

By Joe Ellis
2 Mins read
It’s later than expected, but Scott McLaughlin will make his Indycar debut at the season finale on the streets of St Petersburg.
IndyCar

By Griffin Schmoyer
2 Mins read
IndyCar veteran Sebastien Bourdais will return to the sport with A.J. Foyt Enterprises for the remaineder of the 2020 season and beyond.