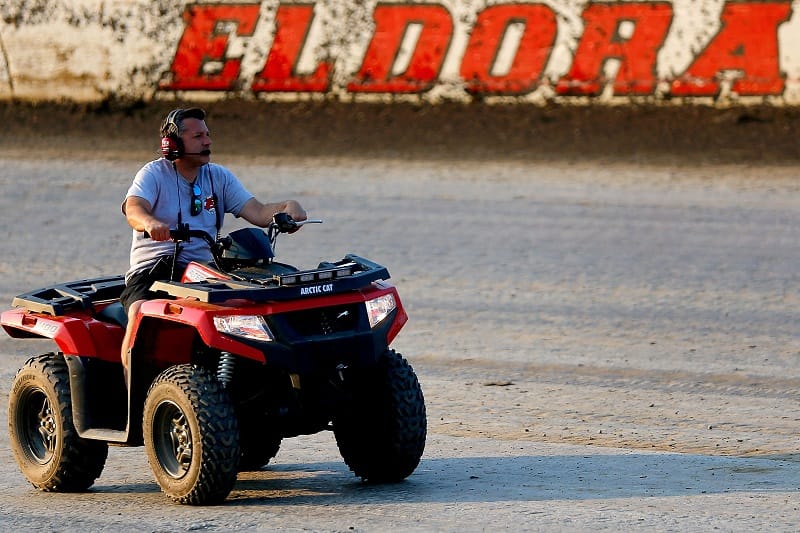 There’s a new stock car series in town. On Monday morning, NASCAR Hall of Famers Tony Stewart and Ray Evernham announced the formation of the Superstar Racing Experience (SRX), a short track racing league set to kick off in summer 2021. CBS will broadcast the six-race season on Saturday nights.

SRX will not be a competitor to NASCAR. Instead, the series can be compared to the International Race of Champions (IROC), a spec racing championship that ran from 1974 to 2006 and emphasised driver skill in equal equipment. Stewart won the title in its final year, while many notable winners include fellow NASCAR drivers Mark Martin and Dale Earnhardt, IndyCar legend A.J. Foyt, and the great Mario Andretti.

Races will consist of twelve drivers in identically-prepared cars. Running for approximately 90 minutes, events will have a “halftime” break to allow drivers to make adjustments, similar to the pauses used by IROC in lieu of regular, live pit stops.

Although a full schedule hasn’t been revealed, short tracks like Stafford Motor Speedway and Five Flags Speedway, along with dirt tracks Knoxville Raceway and Stewart’s Eldora Speedway have been brought up as potential hosts by Evernham in an Associated Press report. Road courses are also a possibility.

Similarly, while participants are unknown outside of the obvious Stewart, Evernham threw out names like his former driver Jeff Gordon, seven-time Cup champion Jimmie Johnson, and ex-IndyCar racer Paul Tracy. As of this article’s writing, SRX’s Twitter account follows all three drivers. Short track stars who are either unable to or have yet to break into NASCAR will also join the fray.

“SRX is a series where the cars will be so evenly matched that talent instead of equipment will win the race,” Stewart said. “The competition will be intense, and thanks to the vision of such strong leaders in the sports and entertainment industry, millions will be able to watch live and in primetime on CBS.”

Stewart, a three-time NASCAR Cup Series champion driver, and Evernham, who won three premier titles with Gordon and formerly owned a Cup team, spearhead SRX’s creation with The Montag Group. Both figures have enjoyed great success on short tracks in NASCAR, with Stewart being a seven-time Cup short track winner while Evernham has won eight races on such courses with Gordon.

“Adding superstar-caliber drivers and our unique racing features, you’re going to see all kinds of emotions playing out live,” Evernham added. “It’s going to be quite exciting and rekindle why a lot of people love short-track racing.”

Evernham will serve as racing operations director, while The Montag Group, led by Sandy Montag, will handle business. George Pyne, the former Chief Operating Officer of NASCAR during Stewart’s early Cup titles, is an investor and board advisor.

CBS is no stranger to airing motorsport, having broadcast NASCAR races for three decades before losing television rights after 2000. Its CBS Sports Network airs a variety of racing series, including World of Outlaws and the Lucas Oil Dirt Late Model Series.

“This innovative racing series will feature great drivers competing on short-tracks and will provide viewers with unique, behind-the-scenes access, bringing fans closer to the action,” said CBS Sports chairman Sean McManus. “With the backing from legends in the racing industry, the quality of the drivers and competition, and the atmosphere that short-tracks will help to create, the Superstar Racing Experience is a great addition to our live summer sports programming that racing fans will embrace.”