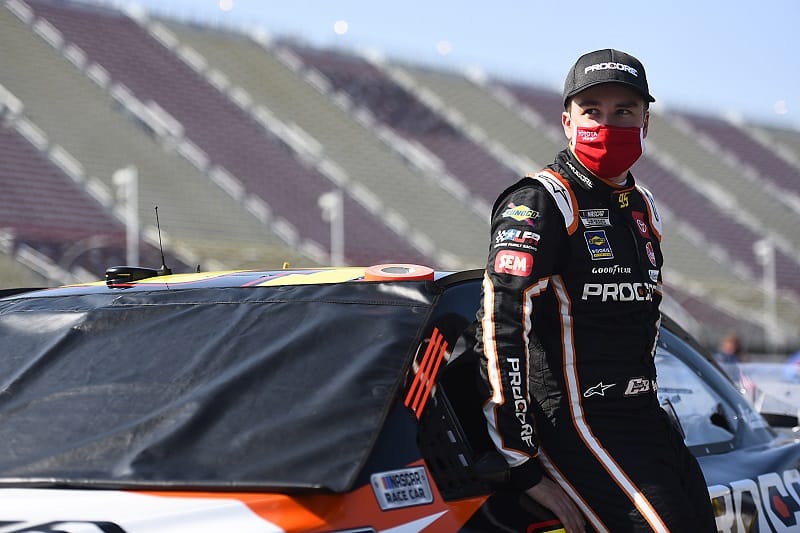 If you had anybody but Christopher Bell moving to Joe Gibbs Racing‘s #20 Toyota Camry for the 2021 NASCAR Cup Series season, you are going to need to provide a very good explanation for your reasoning.

On Monday, JGR formally announced Bell will replace Erik Jones in the #20 starting in 2021. The current Cup rookie has risen through NASCAR’s ranks in the JGR camp before joining team affiliate Leavine Family Racing for his maiden premier series season. After twenty-two races, he is nineteenth in points with five top tens and a best finish of fourth at Pocono Raceway 1 in June.

However, LFR announced last Tuesday that it will shut down its operations after the 2020 season. JGR revealed three days later that Jones, currently in his fourth Cup season and fifteenth in the standings, will be ousted from the #20 at year’s end. Jones’ 2021 plans are currently unknown; open rides include Chip Ganassi Racing‘s #42 and Hendrick Motorsports‘ #48, though Bubba Wallace of Richard Petty Motorsports has reportedly received an offer from the former.

“I’m so appreciative of the opportunity I have this year with LFR and I want to finish this season strong for Bob (Leavine) and everyone there,” Bell said in a JGR release. “At the same time, I’m extremely excited to return to Joe Gibbs Racing starting in 2021. It’s an organization I’m very comfortable with and have had a lot of success with.”

The 2017 Truck Series champion, Bell joined LFR in 2020 after a Championship Round appearance in the Xfinity Series with JGR the previous year.

“We are excited to bring Christopher into our Cup Series program starting in 2021,” team owner Joe Gibbs commented. “He obviously had tremendous success in the Xfinity Series with us and we look forward to his return to JGR.”