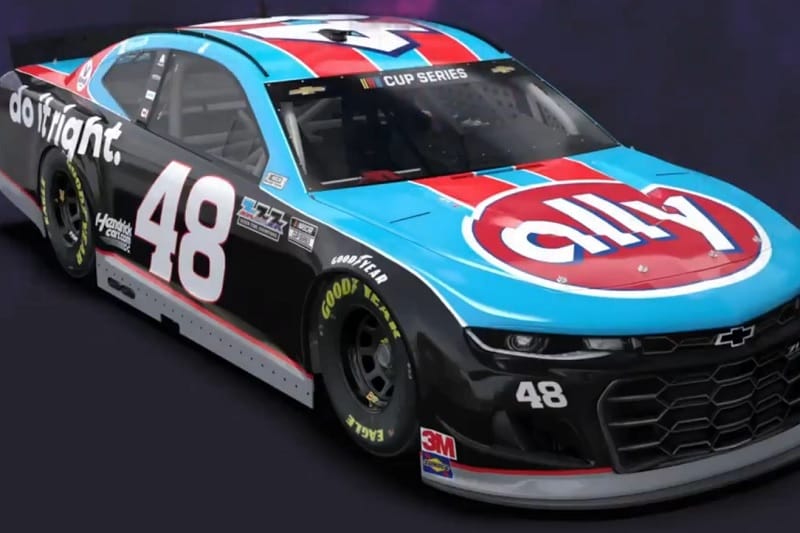 Jimmie Johnson is one of three NASCAR Cup Series drivers to have seven championships. In September, for his final Southern 500 as a full-time Cup driver, he will pay tribute to the other two.

Johnson, set to retire at the end of the 2020 season, is a three-time winner at Darlington. He had discussed his throwback while speaking with former HMS team-mate Dale Earnhardt Jr. on the Dale Jr. Download on Tuesday, prompting Earnhardt to tweet, “Jimmie raised the bar with this throwback. New level.”

The sides of the car emulate Earnhardt’s black Goodwrench #3 car, while the roof is modeled after Petty’s blue-and-red STP #43. The #48’s fonts are also different based on their location, as are the Ally logos. The car will also feature a “7x7x7x” decal to recognise the three champions.

Although Johnson could have simply thrown back to a scheme from earlier in his career, the decision to opt for such a tribute drew praise from many members of the industry.

“Jimmie in the final season of his legendary career choosing to honor 2 greats of the sport with his throwback is the most Jimmie thing ever,” Earnhardt tweeted after the reveal. “The scheme honors them both very well.”

Throwbacks for fellow Hendrick drivers Alex Bowman, Chase Elliott, and William Byron have not been revealed, but should they opt to honour their team-mate, they would not be the first driver in 2020 to do so. In early August, Gander RV & Outdoors Truck Series driver Brett Moffitt announced he will pilot a scheme based on Johnson’s 2006–2007 championship cars in the season finale at Phoenix Raceway.

Chase Briscoe moving up to Stewart-Haas Cup stable in 2021

By Justin Nguyen
2 Mins read
Six months since his suspension, Kyle Larson has officially been reinstated by NASCAR and may return to action in 2021.