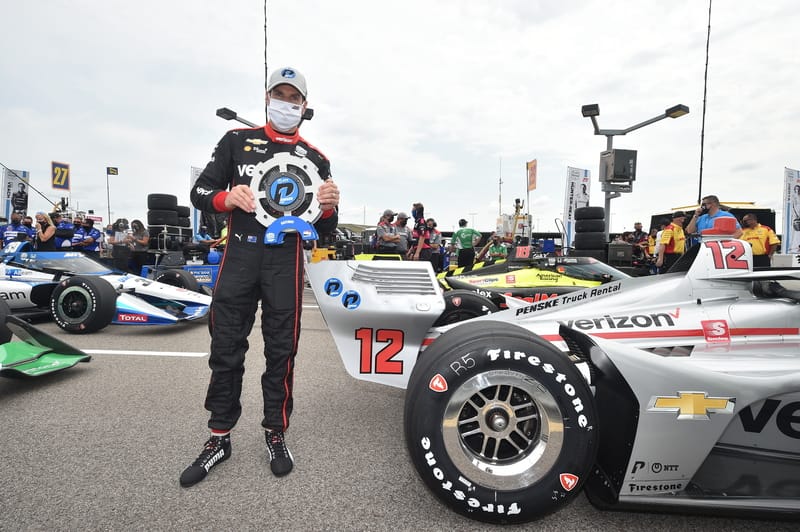 Power’s first lap average of 182.394 mph would be enough to see him take his second pole of the season. Outside of him on the front row will be the Arrow McLaren SP machine of Pato O’ Ward, who was fastest in Friday’s practice session.

Chip Ganassi Racing locked out the second row as Scott Dixon, who was the last qualifier of the day, put his PNC Bank No. 9 car in third with an average speed of 182.006 mph. Along side him would be Marcus Ericsson who, after crashing out of last week’s Indianapolis 500, finds himself fourth.

Last week’s Indianapolis 500 winner and Sunday’s polesitter Sato would round out the top five, with an average speed of 181.286 mph.

You can view the full Race One qualifying results here.

The second lap seemed to be much faster for many drivers, with the aforementioned Sato’s pole speed 0.105 mph faster than that of Power.

The front row would still contain a Team Penske car however, as 2018 Bommarito Automotive Group 500 winner Josef Newgarden will start alongside Sato with an average speed of 182.477 mph.

The first row for Saturday becomes the second row for Sunday, as Power and O’Ward will start third and fourth respectively on Sunday.

Jack Harvey of Meyer Shank Racing put together a brilliant lap to start fifth on Sunday, going almost a full mile per hour faster than he did on his first lap at 181.800 mph. His first lap speed of 180.915 would still be good enough for the Brit to start seventh on Saturday.

You can view the entire Race Two qualifying results here.

By Justin Nguyen
2 Mins read
Stefan Wilson will make his third career Indianapolis 500 start as he returns to Andretti Autosport. It will be his first race since 2018.
IndyCar