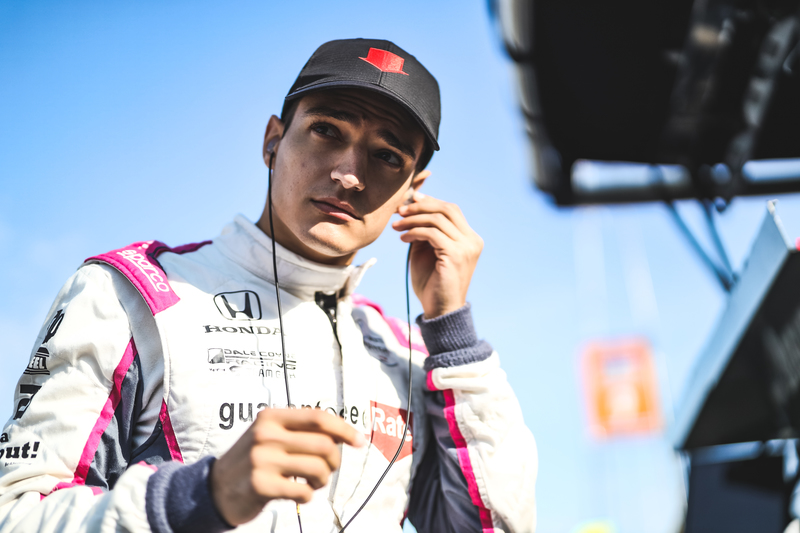 Silly Season is fully underway in the NTT IndyCar Series, headlined by the move of young star Alex Palou from Dale Coyne Racing with Team Goh to Chip Ganassi Racing to fill the seat left by Felix Rosenqvist.

In his rookie year Palou impressed many with his pace, achieving a best finish of third place in the first race of the REV Group Grand Prix doubleheader at Road America. Now, he moves to one of the best teams in the grid.

“To say I’m thrilled or excited to be making this step in my career would be an understatement,” Palou said.

“Driving for Chip Ganassi is just a dream come true. I’ve followed the team for as long as I can remember, and it’s the kind of team and owner any driver would want to race for.”

“Scott [Dixon] has had another tremendous season, reaching 50 wins and a sixth title, so you absolutely couldn’t ask for anything more in a teammate. I can’t wait to work with Marcus [Ericsson] and Jimmie [Johnson] as well, and to start contributing to the team and getting to spend more time with everyone.”

Only a few days removed from Scott Dixon’s sixth championship victory at St. Petersburg, CGR moved swiftly to complete their lineup. The day prior to announcing Palou, the team also announced a multi-year extension with Marcus Ericsson to continue piloting the No. 8 Honda after his switch from Arrow Schmidt Peterson Motorsports, now known as Arrow McLaren SP, in 2019

The ex-Formula 1 driver and Kumla, Sweden native impressed with nine top ten finishes in his first year with the team, and three top fives.

“I’m very happy to continue my relationship with Chip Ganassi Racing, Honda and HPD into 2021 and beyond,” Ericsson said.

“I want to thank Chip and the whole CGR organization for their trust in me. Chip Ganassi Racing is one of the best teams in motorsports and I’m proud to be part of the team.”

“The season we’ve just finished has been full of potential and I feel confident that with what we’ve learned together this year will help us succeed in 2021. I’m looking forward to getting back in the No. 8 Honda!”

While on the topic of stellar rookies, 2020 Rookie of the Year Rinus VeeKay will stay with Ed Carpenter Racing for the 2021 season. The 20-year-old Dutch phenom stunned audiences with his aggressive driving and spectacular performances last season, including a top five finish in his second ever IndyCar race at the GMR Grand Prix, the best starting position by a teenager in Indianapolis 500 history starting from fourth place, and his first pole at the Harvest IndyCar Grand Prix.

After the announcement, VeeKay expressed his elation to return to the team and his gratitude towards the team.

“I am very happy to be back with Ed Carpenter Racing in 2021!” exclaimed VeeKay.

“I feel like an entirely different driver than I was at the beginning of the year. The team has been so patient with me and given me every opportunity to learn as much as possible. I have a great group of guys around me and I can’t wait to have that same amazing support next year.”

“We have had amazing results and great achievements this year. There is even more possible next year when we get back to a normal schedule! I am really looking forward to doubling my knowledge and not being a rookie!”

“However, there will still be a few new tracks for me with the street courses. I will give it my all and make next season as good as possible!”

As first reported earlier this month, Felix Rosenqvist was believed to be the driver to fill the seat of the departing Oliver Askew at AMSP. The team finally confirmed the signing of the 28-year-old Swede, as he joins Pato O’Ward to create quite possibly one of the strongest driver lineups on the grid.

Rosenqvist enters his third season on the back of a campaign where he won his first race at the REV Group Grand Prix after a brilliant battle with now teammate O’Ward, who he can’t wait to work with.

“I can’t wait to take the next step in my career and join Arrow McLaren SP,” Rosenqvist said.

“The team has shown itself to be a consistent challenger this year and I’m looking forward to working with Pato to help take it forward.”

“I want to thank Sam [Schmidt], Ric [Peterson] , Zak [Brown], and the entire team for giving me this opportunity and I’m already working to be as prepared as possible for next season. It’s going to be fun.”

McLaren Racing CEO Zak Brown commented on the opportunity to put these two young stars together, one he made sure not to pass up on.

“It’s not very often that you get the opportunity to combine two young, established talents like Pato and Felix,” Brown said.

“I think this pairing gives us a strong driver lineup and I’m excited to see what they can do together on and off the track.”

Two time Indianapolis 500 champion Takuma Sato has also announced an extension with Rahal Letterman Lanigan Racing for 2021, which will be his fourth season with the team since returning in the 2018 season.

The 43-year-old native of Tokyo, Japan finished his 2020 season with an Indianapolis 500 win, a pole position, two top fives, and eight top tens. He will join up again with Graham Rahal after what de described as an “unforgettable” season.

“I am very excited to continue with Rahal Letterman Lanigan Racing for the 2021 season,” Sato said.

“The 2020 season was an unforgettable one for many reasons. Needless to say, it was an extremely challenging situation world wide but the team continued to work very hard to be competitive under the difficult circumstances and Bobby [Rahal], Mike [Lanigan] and the entire team deserve huge credit for this.”

“Our Indy 500 win was a truly special moment and I want to thank everyone at the team again. We are already focused on the future and I am really looking forward to 2021.”

The IndyCar offseason has only begun, and you can keep up with all the latest driver transfers and offseason news right here on The Checkered Flag.