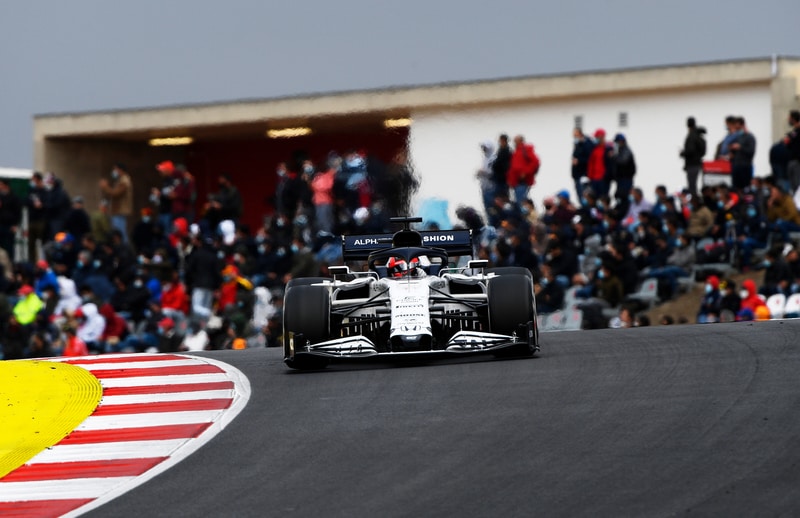 Formula 1’s newest race-winner Pierre Gasly considers his brilliant fifth place finish in Portugal on Sunday to be almost like ‘a small victory’ after a string of high place finishes throughout the year.

The Frenchman worked around mechanical problems in practice to qualify an admirable ninth, and did nothing but excel all race- battling with Sergio Pérez across the last few laps to steal fifth.

Gasly says he ‘really enjoyed this race’, and thanked his team for their efforts to rebuild the car- citing he was ‘really happy to give them fifth place’. He went on to divulge his strategy in greater detail, allowing us to get an insight into his prowess.

“I felt very good with the soft tyres, I was able to manage them well at the start of the race and when the others started to struggle, I could push to pass the Renaults, McLarens and a Racing Point in the end.

“I’m really pleased with this result. Especially after all the work the guys in the garage have done on Friday night to rebuild a completely new car for me, they put in a lot of effort and I’m really happy to give them this fifth place today.”

On the other side of the garage, fortunes weren’t so favourable. Whilst Gasly was romping ahead in the points, the second Scuderia AlphaTauri Honda of Daniil Kvyat was struggling to stick with fifteenth.

Having qualified a lowly thirteenth, Kvyat was aware his race would be challenging. In actual fact, it was another nightmarish sixty-six laps for the Russian in F1.

Kvyat finished a dismal nineteenth, citing that ‘it was a bad race’ and ‘something felt wrong with the tyres’, and admitted that his 2020 Portuguese Grand Prix will be a nothing more than a write-off.

“It was a bad race, there wasn’t much to do after the first lap as I was already in a bad position. It was quite difficult, something felt wrong with the tyres, like they weren’t heated enough, and I just struggled for grip for the first few laps.

“The wind didn’t make the situation any easier but it’s normal, these conditions are always very tricky. Sometimes you have good races and sometimes you have bad ones, and today was a bad one for me.

“We have to analyse it and see what happened on those first few laps with the tyre temperatures and come back stronger next week.”

Tost: “I think this was one of Pierre’s most successful races”

Franz Tost-Team Principal at AlphaTauri- was another who was mesmerised by Pierre’s superstar performance, stating that he thinks the race was ‘one of his most successful’.

The long-serving team boss was thrilled to pick up another great result, with this weekend making it nine consecutive points finishes for the Italian outfit. He enlightened us by going into detail about how exactly Gasly managed such an incredible feat, all the while acknowledging that things weren’t always forecasted to be in the team’s favour.

“The race start wasn’t so successful for us as Pierre ended the first lap in P10, losing a position to Ricciardo, but he then started to recover and was up to fifth position by the middle of the race.

“During his first stint, the Option tyre worked better than expected, so we extended his stint and pitted him to change tyres from the Option to the Prime on lap 28, meaning we changed his strategy from a two-stop to a one-stop. This was absolutely the right decision because we were able to fit the Prime tyre, and despite the first laps being difficult to get the temperature of the tyres up to working range, he was eventually able to overtake Ricciardo.

“He then managed to consistently put in fast lap times and caught Perez toward the end of the race, which was a fantastic overtake to finish in P5.“

“He had his race always under control and he overtook many cars, so I think this was one of Pierre’s most successful races.”