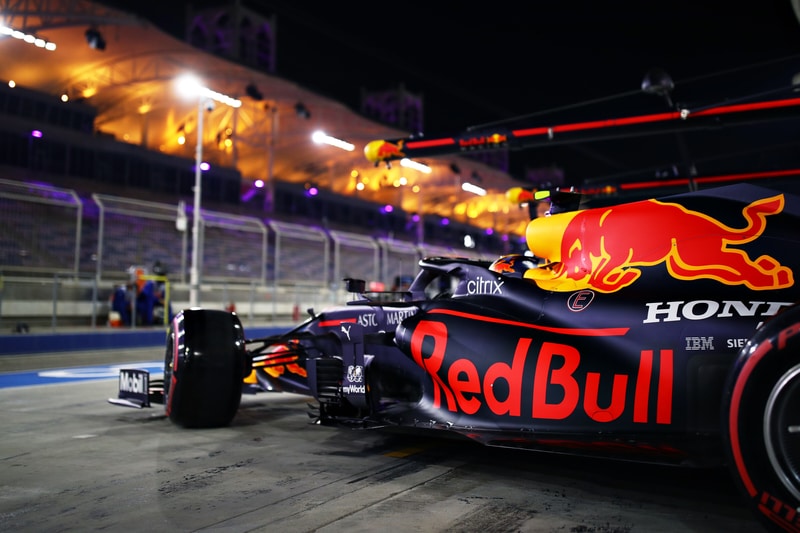 In perhaps one of the most critical races of his career, Alexander Albon needed a mighty performance to show the ruthless Aston Martin Red Bull Racing exactly what he’s capable of in order to retain his seat for 2021, but unfortunately Albon’s Sakhir Grand Prix weekend hasn’t got off to a great start- managing only to finish a lowly twelfth in yesterday’s Qualifying.

The Thai driver showcased some decent pace in the final free practice session, and so many favoured him to bag a top five spot for the inaugural race at Bahrain’s almost-oval outer layout and continue his strong improvements like last weekend. Yet, those hopes were quickly crushed as Albon couldn’t even make it out of the second part of Qualifying.

Speaking after the Saturday sessions, Albon said he was ‘surprised’ to only make the sixth row- highlighting that it may have been his tyre strategy that compromised him.

He also underlined problems that he’s been experiencing all year regarding balance issues, perhaps hinting that Red Bull have some work to do on the second car.

“I’m surprised with qualifying because after FP3 I was happy with the car and it felt like we were on for a good result so to come 12th is frustrating and we need to understand where it went wrong. We decided to only run the medium tyre in practice to save the softs for qualifying and the car just felt very different between the two sessions so maybe that hurt us.

The Thai driver remained positive, though, as he says ‘it’s all to play for’ in the race with such fine margins separating the field.

“We know overtaking is possible here plus we’re running slightly more downforce than the others so hopefully we’re better on our tyres. Our race pace looked pretty strong on Friday and we also have a free tyre choice so we’ll have a long look at that tonight and see what we can do. We just need to keep out of trouble at the start and then the plan is to fight through the field.”

“Close, but not quite close enough” says Verstappen

Although most would consider third a great position to start in Sunday’s race, Dutch lion Max Verstappen thinks otherwise.

In his typically relentless manner Verstappen said that, whilst third is ‘pretty good on a track like this’, he would’ve liked to have been a bit closer to the Mercedes-AMG Petronas F1 Team pair up front.

With Lewis Hamilton out of the picture following a positive COVID-19 test and a racetrack that has ultra-fine margins, Verstappen fancied a pole to end his runner-up/ third streak in Qualifying, but unfortunately the Dutchman couldn’t quite make it happen and will start directly behind pole-sitter Valtteri Bottas.

“Close, but not quite close enough. We can be happy about qualifying, and although we always want more, for us to be P3 on a track like this is pretty good. The gap is very close and it is a bit of a shame to miss out by so little. On such a short lap it was always going to be very tight but I think I got the most out of the lap.“

“For sure both of the Mercedes cars will be quick. George is a good driver so we need to take care of both cars to try and win. We are starting on a different tyre to them so it will be interesting to see how it’s going to play out and the start will be very important.“

“Like I’ve said before, we’ve got nothing to lose so it’s better to have a bit of fun and see what we can do. I’m looking forward to it.”

Qualifying ‘encouraging and frustrating at the same time – Horner

The team principal said that it was ‘encouraging and frustrating’ to see such fine margins between the cars on Saturday. He’s hoping that the unknowns in the race can make for some exciting strategies that spice up the order in favour of his drivers.

“We knew it would be very tight in qualifying and I think Max got everything out of the car, so to lose out on pole by the same margin that Alex missed out on Q3 is encouraging and frustrating at the same time. It’s still third nonetheless and starting from the second row on the clean side of the grid is not a bad place to be.“

“Max also starts on a different tyre compared to both Mercedes and hopefully a different strategy will provide opportunities in the race. It’s frustrating not to have Alex in Q3 and the small margins around such a short circuit mean that the smallest mistake can cost you a lot. The Team will help him understand what happened and I’m sure he will be looking to make good progress through the field. With overtaking possible, we aim for both cars to have a strong race.”