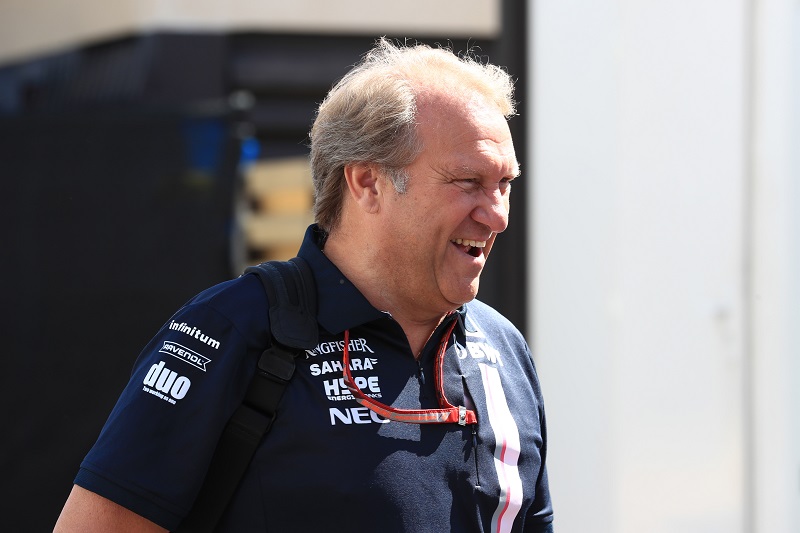 Domenicali has already acquired a new role within Formula 1, with the former Scuderia Ferrari Team Principal starting as the chairman and CEO of the sport next month in place of the outgoing Chase Carey.

Fearnley left Force India when they were bought by the Lawrence Stroll-led consortium back in the summer of 2018, and aside from heading the ill-fated McLaren Racing Indy 500 bid in 2019 that failed spectacularly when Fernando Alonso failed to qualify, he has been out of motorsport.

“I think the rebel has finally come into the establishment!” said Fernley to Motorsport.com.

“Obviously, I’m following in the footsteps of two very good predecessors in Gerhard [Berger] and Stefano. So a lot of work to do for my side to equal and match what they’ve been doing over the over the years.

“It’ll take me a few months to get my feet under the table as you can imagine. But once we’re underway with it, hopefully we can continue the good work that they’ve done, and maybe progress it on a little bit.”

Despite the single-seater route looking more set than it was a few years ago, thanks to the efforts of Berger and Domenicali to make it more straightforward to go from karting to Formula 1 through Formula 4, Formula 3 and Formula 2, Fernley still feels he has work to do, particularly when it comes to affordability.

“Both Gerhard and Stefano obviously put all that in place,” said Fernley.  “But I think there’s still probably work to be done, particularly on affordability. That’s something I was very keen on, even at Force India.

“I see us still continuing that process to make sure we can get it as affordable as possible so as many people can take part as they can.

“It’s about understanding where the categories are today, because obviously, I’m coming in new, and when people come in new you always have a different take on things, and you can have a look with new eyes, which is not a bad thing.

“But the most important thing is to continue the stewardship has already been put in place and work it through from there.  We’ve still got you still got a little bit of work to do, because super licences are obviously approved through that commission. So it’s quite a broad programme.”

By Michael Callander
2 Mins read
Roman Stanek will start from pole in the F3 Feature Race, while David Vidales benefits from Zane Maloney’s penalty to line up first for Saturday’s Sprint Race.
Formula 1

By Paul Hensby
2 Mins read
Max Verstappen says Red Bull can be content with their Friday in Spain although he acknowledges they have work to do to be a contender for pole position on Saturday.