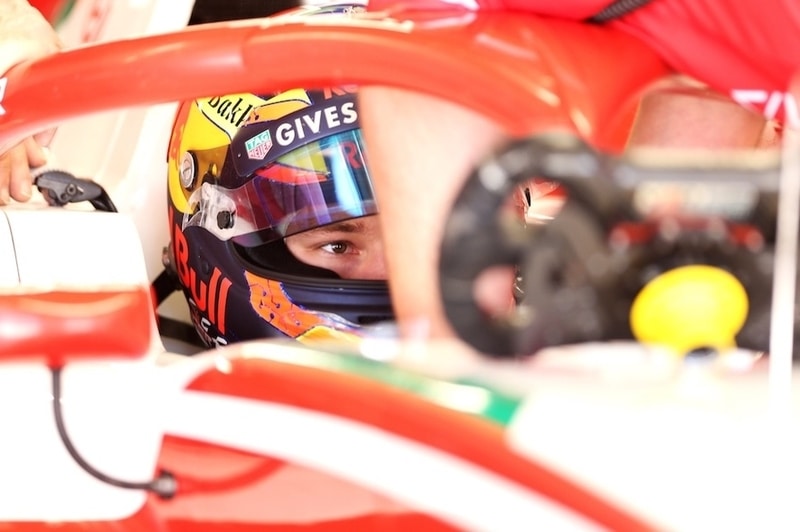 Red Bull Junior Dennis Hauger will return to the FIA Formula 3 grid for 2021 as he switches from Hitech GP to the reigning champions PREMA.

The Norwegian tested for the Italian outfit in post-season testing and his performances impressed enough to earn himself a drive for the new season.

His rookie year in F3 was somewhat underwhelming having won Italian F4 in 2019 as he only managed seventeenth in the standings. He did achieve a podium at Hungary but that, along with points in the other race, were his only points of a difficult 2020.

Hauger did manage to earn a victory in 2020 though as he contested a part-time schedule in Formula Regional Europe where he raced for Van Amersfoort Racing on his way to seventh in the standings.

“I am extremely happy to join PREMA for 2021.” Said Hauger, “After spending some time with the team this autumn I very quickly felt at home. Their team spirit and the hard work they put into every little detail is something that I really enjoyed.

“I can’t wait to get back to Italy to work hard together on preparing next season. I want to thank my sponsors and family for their support as well as everybody at PREMA for this opportunity.”

Hauger is the second driver confirmed to drive for PREMA in 2021 with Formula Regional Europe runner-up and Ferrari junior Arthur Leclerc already announced.

PREMA team principal Rene Rosin said: “Dennis is one of the brightest and most promising talents in junior single-seaters. We learned this by having him as a rival in Formula 4, where he was a fierce and sportsmanlike competitor.

“Despite his young age, he showed promise in his maiden FIA Formula 3 season and impressed in our first testing runs together. We look forward to welcoming him back on track, and we can’t wait to complete our line-up for the season ahead.”

We wait to find out who will complete PREMA’s 2020 feeder series roster with Oliver Rasmussen the favourite having also tested for the team alongside Hauger and Leclerc.

Vesti joins Mercedes ranks as he switches to ART

By Joe Ellis
1 Mins read
It’s perhaps about time Vesti was signed to a junior program and he will be considered a title favourite in Formula 3 as he looks to take down his dominant former team.
Formula 3

By Joe Ellis
1 Mins read
A second year with the same team should bode well for Smolyar who will be keen to be standing on that podium on a regular basis.
Formula 3

By Joe Ellis
1 Mins read
The Czech rounds off the Hitech F3 team with Red Bull duo Crawford and Iwasa looking to Staněk for vital experience.