Mixed emotions for Magnussen as he walks away from Formula 1 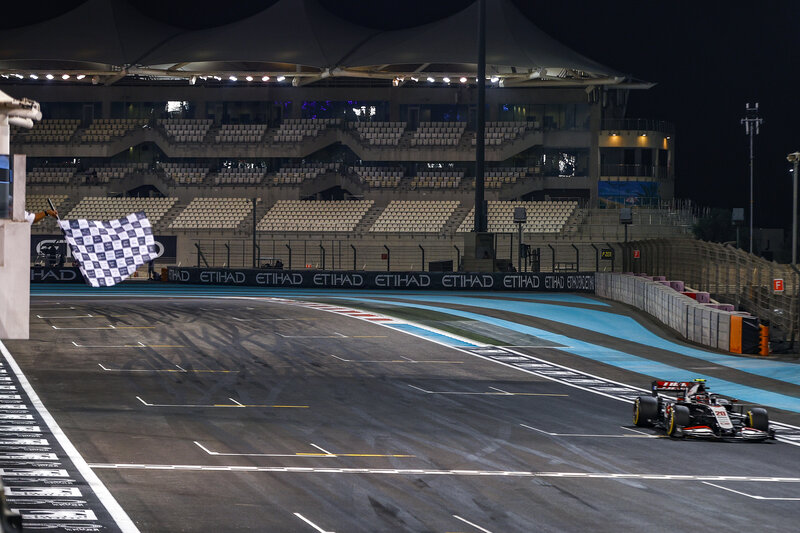 As the chequered flag waved down on the final race of the 2020 FIA Formula 1 season at Yas Marina Circuit, it also ceremonially marked the end of Kevin Magnussen’s time with Haas F1 Team, and his journey in Formula 1.

Magnussen finished the Abu Dhabi Grand Prix in eighteenth place, just ahead of team-mate Pietro Fittipaldi. Magnussen had qualified in seventeenth place but a penalty for a change of engine components meant that he started at the back of the grid in twentieth place. Off the line, the Dane had made the best getaway out of everyone on the grid, making up three places. A two stop strategy meant that Kevin lost seventeenth and had to concede to eighteenth for the remainder of the race following his second stop.

“Mixed emotions today. I’m happy to have had the opportunity to have raced in F1, it was my childhood dream,” said Magnussen. “I’m sad to be leaving on such a bad performance. At the end of the day though, we had no expectations coming into this race.

“Off track it’s been a great weekend for me – I’ve really felt the love of the whole team, the atmosphere’s been good. We’ve really finished off in a really good way behind the scenes. I’ve really enjoyed my time with the team, it’s been a pleasure. I’m sad to be saying goodbye to everyone but I’m looking forward to what’s coming next for me.”

Pietro Fittipaldi, stood in for Romain Grosjean for the second race in row, and qualified in seventeenth place, starting ahead of Magnussen. Fittipaldi was running on a three-stop strategy and pitted for the first time under the safety car period which was actioned due to Sergio Perez’s retirement from the race. Stopping a further two times, it meant Pietro ended the race in last place, nineteenth.

He said: “I was a lot more confident coming into this race from qualifying – where we had been very competitive. It was a crazy start to the race, but we raced a lot better. We started picking up pace in the beginning, I was able to overtake Kevin and I was catching Latifi there in the first half of the race.

“Unfortunately, I think we then had an overheating issue, which required a pit stop to fix ultimately ruining our race. But I was really happy with how we had progressed and with the early pace we had. The team have done a great job with me in such a short space of time, they really helped me get ready. I’ve been very happy for this opportunity and I’m very grateful for it.”

It wasn’t the end of season Team Principal Guenther Steiner had wished for, in respect to a grand farewell for both Magnussen and Grosjean. It was a poor performance in his eyes, he said: “Not how we wanted to end the season and Kevin’s last race. We didn’t have more today. Not only did we not have the pace, we had an issue with Pietro’s engine – so he had to come in and service that, which put him back even more. Now we just look ahead to next year.

“We will try to do our best to get out of the hole we’re in at the moment. Everybody will put their effort in and I will make sure that they do.”

By Paul Hensby
2 Mins read
Red Bull have asked the FIA to look into the legality of Aston Martin’s updated AMR22 amid concerns their intellectual property has been used without their knowledge or consent.
Formula 1