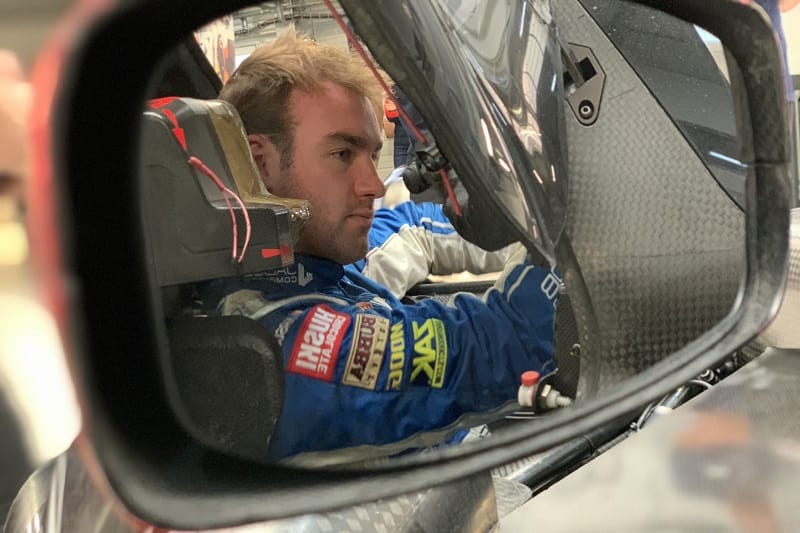 Cody Ware might be a cringey dork who watches anime, but he is a cringey, anime-watching dork who is going full-time NASCAR Cup Series racing. On Monday, Rick Ware Racing announced he will run the full 2021 Cup season in the #51 car. Biohaven Pharmaceuticals‘ Nurtec ODT migraine medication will serve as his sponsor for the season-opening Daytona 500.

“I am pumped to head to Daytona International Speedway with Biohaven as our primary sponsor,” said Ware in a Biohaven statement. “As a person with migraine, it’s even more meaningful for me to drive the Nurtec ODT #51 car to raise awareness of this debilitating disease, especially at the biggest race of the year. We have a lot of exciting things planned for 2021, and I look forward to competing in the NASCAR Cup Series again.”

Son of team owner Rick Ware, the younger Ware has sporadically raced in NASCAR’s national series since 2014. As an Xfinity Series driver last October, he scored his first national top ten with a seventh-place finish in the rain at the Charlotte Roval; the run marked RWR’s return to Xfinity racing after a three-year hiatus, and the team will field two full-time cars in the series in 2021. He also has seven Camping World Truck Series starts between 2014 and 2017 with two top twenties.

In the Cup Series, Ware has run twenty-three races since 2017. His lone start in 2020 saw him record his maiden premier series top twenty with a nineteenth at Talladega in the fall.

A sports car regular whose best Xfinity and Truck finishes have come on road courses, Ware won the Asian Le Mans Series LMP2 Am championship in 2019–20 for RWR. The 2014 Lamborghini Super Trofeo North America Rookie of the Year will also run the Rolex 24 Hours of Daytona in late January for RWR Eurasia, sharing a car with 24 Hours of Le Mans class winner Salih Yoluç and fellow Cup driver Austin Dillon. With his new Cup schedule, Ware will get another shot on the Daytona road course a month later, albeit in a stock car and with a chicane as NASCAR will run it for their second weekend of the season.

“Racing is obviously the fun part. But what is bigger than I’ll ever do in a car is getting to be a part of a conversation about mental health and help people open up,” Ware added in a tweet.

RWR’s full driver lineup has not been confirmed, but the team will continue fielding cars for multiple drivers in 2021. Joey Gase and James Davison, who respectively ran thirty-three and thirteen races for the team in 2020, will return for the upcoming season.

“We are super excited to start the season off at Daytona International Speedway, where we have had some great runs in the past,” Rick Ware stated. “This will be the first race as part of the Nurtec ODT partnership, and we are hoping to have a successful day on the track, and bring home a great finish for the team and our sponsor.”