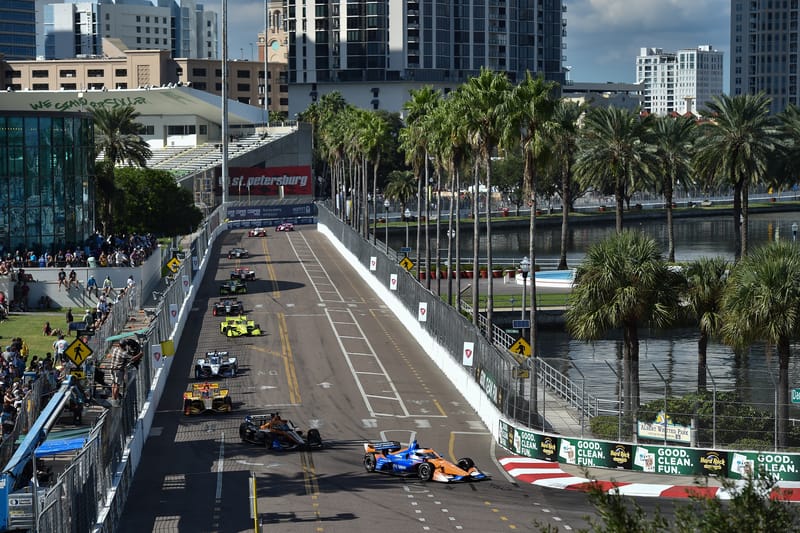 Due to the ongoing COVID-19 pandemic across the United States, the Firestone Grand Prix of St. Petersburg has been moved from its original start date of 07 March to 25 of April.

This move will now mark the second year in a row that the event has been moved from its season opening date to one later in the calendar, with last year’s race becoming the season finale won by Josef Newgarden.

Mark Miles, President and CEO of Penske Entertainment Corp., is pleased that despite yet another setback due to the pandemic the event will still go on.

“It’s not surprising that an event of this magnitude, scheduled for the first week of March, is still subject to the implications of the pandemic,” Miles said.

“We’re delighted we were able to work with Mayor Rick Kriseman’s administration and Green Savoree Racing Promotions to find a more suitable date, which helps consolidate the beginning of our schedule and allows us to stay on NBC network television.”

Kim Green, co-owner, chairman and CEO of Green Savoree Racing Promotions, hopes that this new date will allow more people to be able to attend the event.

“We appreciate the officials at IndyCar for their support in setting a new date for the Firestone Grand Prix of St. Petersburg, and also to Mayor Kriseman and his team at the City of St. Petersburg for identifying a time when it will be conducive for more fans to attend,” Green said.

“We are grateful to keep the Firestone Grand Prix of St. Petersburg in the springtime window and also maintain the live national broadcast coverage of the race on NBC.”