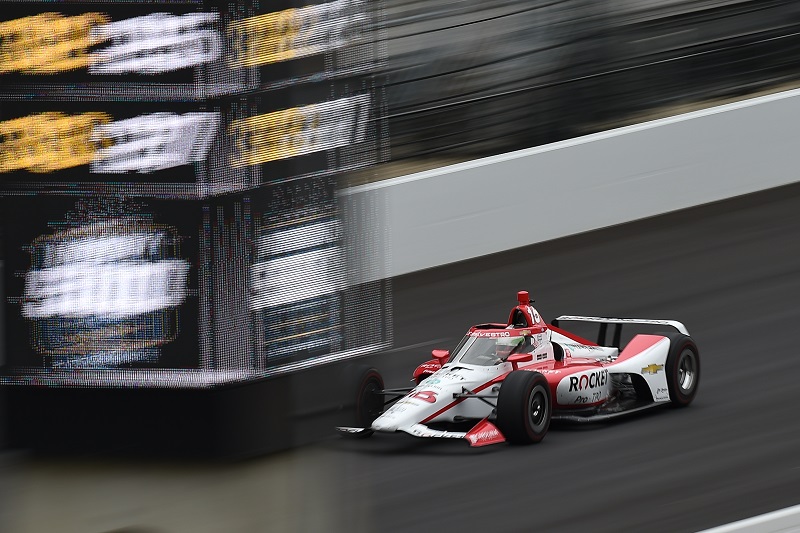 Simona De Silvestro was forced to retire from the Indianapolis 500 late on Sunday, but the Swiss racer is eager to ensure this outing is not just a one-off with Paretta Autosport.

It was the first time since 2015 that De Silvestro competed in the NTT IndyCar Series and the Indianapolis 500, and after making it into the field last Sunday as the thirty-third and last entrant in the last row shootout, she went into the race eager to see the chequered flag.

However, De Silvestro would only get to lap 170 on Sunday afternoon before brake problems saw her spin in the pit lane and into retirement.  She hopes, however, to be back racing in IndyCar in the future and with Paretta Autosport.

“It was really cool to see everyone at the track, so many fans,” said De Silvestro.  “It was super special. We went out there and I think we were quite speedy, particularly at the end.

“Kudos to everyone who put so much work into it. Unfortunately, I ran out of brakes a little bit and I couldn’t really save it there at entry. Maybe I could have done something a little different, but it’s pretty disappointing to end the day like this.

“The whole month everyone did such a great job, and we’re proud of the effort. It was really good to be back in an IndyCar and I hope for more.”

Beth Paretta, the Team Owner and CEO of Paretta Autosport, admitted it was disappointing to see De Silvestro’s race come to an end due to brake issues, but overall, she was pleased with the performance of the #16 Rocket Pro TPO Dallara Chevrolet.

The Paretta team were predominantly female, with four of the pit crew women.  And the Team Owner was delighted with how every member of the team performed throughout the month of May, and she insists that the team will be back in IndyCar in the future.

“The No. 16 Paretta Autosport Rocket Pro TPO Chevy was fast today, well balanced,” said Paretta.  “Simona had a great start to the day and just locked them up there at the end.

“Some other drivers were caught out with the same issue, but this is racing. We had a terrific first outing. The women on the crew did a great job. The pit stops were pretty smooth.

“We need a little improvement in some places and there’s some work to do on our consistency, but great job overall. I want to thank everyone at Team Penske for the technical alliance. I can’t wait to be back on the track and with this team.”

By Joe Ellis
2 Mins read
Opting for primary black tyres rather than the alternate reds, Josef Newgarden pulled a magic lap out of the bag to claim pole at Road America.
IndyCar

By Griffin Schmoyer
6 Mins read
Driver changes, exciting racing and a close championship battle, going into Road America, IndyCar has it all. Here’s everything you need to know ahead of the REV Group Grand Prix.