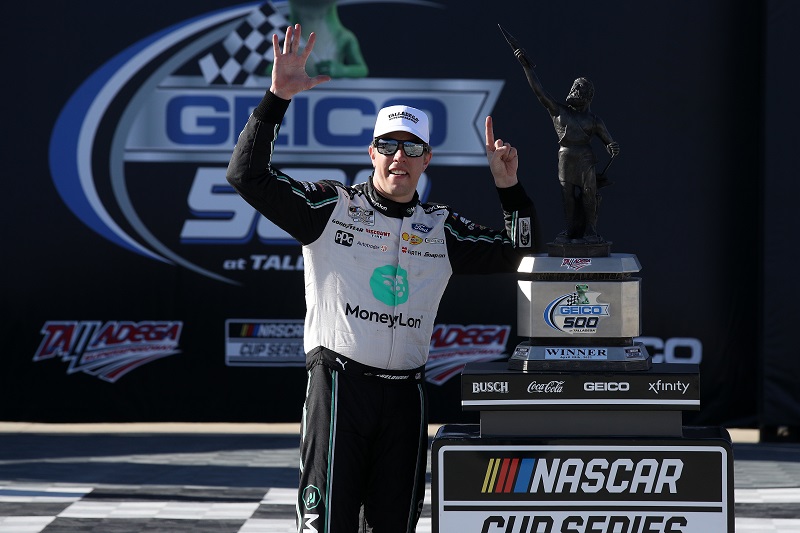 One of NASCAR‘s worst-kept secrets is finally official. On Tuesday, Roush Fenway Racing announced Brad Keselowski has joined the team as co-owner and driver of the #6 Ford Mustang for the 2022 NASCAR Cup Series season; he will also serve on the team’s competition committee. It was not immediately revealed if RFR will change its name to align with Keselowski’s arrival.

“This is an unbelievably unique arrangement for us and it’s something that, in our mind, solidifies and fortifies our future and guarantees that we’re going to be at the top and trying to excel for decades to come,” team president Steve Newmark said in a press conference at the NASCAR Hall of Fame. “The transaction essentially has three pieces, it’s why we say it’s a little bit different than the normal arrangement we’ve entered into in the past.

“The first is that Brad will be behind the wheel of the #6 car starting in 2022 and will pilot that vehicle for years to come. He will also be purchasing a minority ownership stake in the company so, along with Roush Industries and Jack (Roush) and the Fenway Group, that triumvirate will lead us from a strategic perspective for years to came. And then very importantly, Brad will also be assuming a leadership mantle at our organisation. Even while he’s driving, he will be on the competition committee. Once his driving career runs his course, whenever that may be and whenever he decides that that’s the time, he will shift over into an even greater role leading our competition side.

“From our perspective, this is the next step in the evolution of our team and we’re extremely confident that this is going to facilitate and allow us to excel for years to come.”

After spending the last decade driving for and winning the 2012 championship with Team Penske, Keselowski confirmed his 2022 departure last Thursday as Austin Cindric is set to take over his #2.

Keselowski’s move has been reported by multiple media sources since May, though it was not confirmed until Tuesday’s announcement. During the month in question, Fox Sports’ Bob Pockrass reported it “appear[ed] to be a done deal,” though the driver remained mum as he waited for finalisation.

While Roush will mark Keselowski’s first time owning a Cup team even if in a shared capacity, he previously ran the Camping World Truck Series organisation Brad Keselowski Racing from 2008 to 2017. BKR, who fielded rides for Keselowski’s Penske team-mates Joey Logano and Ryan Blaney, Cindric, among others, won eleven races in its history. The team folded due to sponsorship issues, though he formed CNC engineering firm Keselowski Advanced Manufacturing in 2018.

Running a team not an easy endeavour, but multiple drivers have begun dipping their feet into those waters as the Cup Series prepares to roll out the Next Gen car, which hopes to reduce costs for teams, in 2022. Denny Hamlin co-owns 23XI Racing while fellow Ford member B.J. McLeod co-operates Live Fast Motorsports.

“I am thrilled to be able to share the news about this next venture with my fans, peers, and the industry,” Keselowski stated in a press release. “This presents an opportunity to continue my on-track success with a strong team and a long-term commitment, but also dive into my passion of team ownership where I know I can be an asset to the future of the team. I am optimistic about what Jack, John (Henry, Fenway Sports Group owner) and I can accomplish together, especially with a new era for our sport on the horizon (with the Next Gen car). Our goal is to win races and compete for championships at NASCAR’s top level, and we plan to do just that.”

With Keselowski taking over the #6, the future for incumbent driver Ryan Newman is unknown. Newman’s contract with RFR expires at the end of 2021, while team-mate Chris Buescher is still locked into his #17 for 2022.