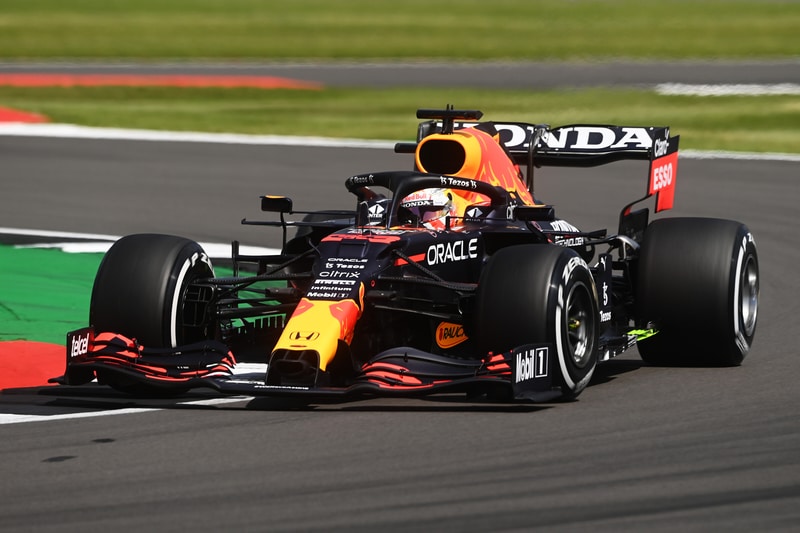 The second and final practice of the British Grand Prix weekend was a relatively quiet one but left us with a mixed bag of times. The wind had picked up, hindering a couple of drivers, with all twenty drivers using the session to prepare for the two upcoming races, the Saturday Sprint Qualifying and then Sunday’s full-distance British Grand Prix.

The Sprint race will see a seventeen-lap run to the flag, and although Pirelli‘s medium compound tyre is likely to be the favoured tyre for it, some drivers may gamble on the soft compound. And as a result, both of those compounds were utilised during the session, as was the hard compound, which is only likely to be used on Sunday.

Max Verstappen topped the timing sheets again, putting him in a strong position for Saturday evening’s sprint race. The Red Bull Racing driver will start in second but his times in practice eclipsed those of Lewis Hamilton, who is starting the sprint in first.

Verstappens Red Bull team-mate Sergio Pérez continued his struggle to match the pace of the Dutchman. He was the fifth fastest in practice overall.

Scuderia Ferrari made sure that they had the upper hand over McLaren F1 Team going into the sprint race. Charles Leclerc and Carlos Sainz Jr. came in second and third respectively. The duo from McLaren wasn’t too far behind with Lando Norris still edging out his team-mate in sixth, with Daniel Ricciardo just behind him in seventh.

Esteban Ocon was a surprise towards the top of the times. He was fourth fastest, but his Alpine F1 Team team-mate Fernando Alonso couldn’t match him, finishing low down in thirteenth.

Mercedes-AMG Petronas Formula One Team decided not to battle up the top and just get a few laps out in practice for the sprint. Hamilton was eighth fastest overall with Valtteri Bottas just behind him in ninth. Bottas was one of the only drivers to take a little spin during the session.

Pierre Gasly hasn’t been having the best of weekends so far after failing to make it through to Q3 during Friday’s qualifying. He was able to get up to tenth fastest, but Scuderia AlphaTauri Honda team-mate Yuki Tsunoda continued his poor run, finishing sixteenth fastest.

George Russell will be walking on cloud nine after getting through to Q3 in last night’s qualifying, putting on a show for his home fans. He was eleventh fastest with Williams Racing team-mate Nicholas Latifi in fifteenth. Russell will start an encouraging eighth, ten places ahead of his Canadian team-mate.

Antonio Giovinazzi continues to be the stronger of the driver duo at Alfa Romeo Racing ORLEN. He put in a lap that saw him finish twelfth. Team-mate Kimi Räikkönen was fourteenth overall.

Nikita Mazepin was having a good start to the session, keeping himself in the top ten but as the hour went on, he kept falling down the grid. He finished the practice nineteenth with Uralkali Haas F1 Team team-mate Mick Schumacher occupying the bottom spot in twentieth.

At 4:30 pm, the first sprint race in Formula 1 history kicks off. With the timesheets not really showing a true reflection of the grid’s ability, who knows who will come out on top. Only time can tell.

By Nick Golding
2 Mins read
Mercedes have closed to within four points of Red Bull after Lewis Hamilton won a controversial British Grand Prix, which saw Hamilton and Verstappen collide on the opening lap at Copse sending the Dutchman flying into the barrier.
Formula 1

"He didn't leave me any space" - Lewis Hamilton