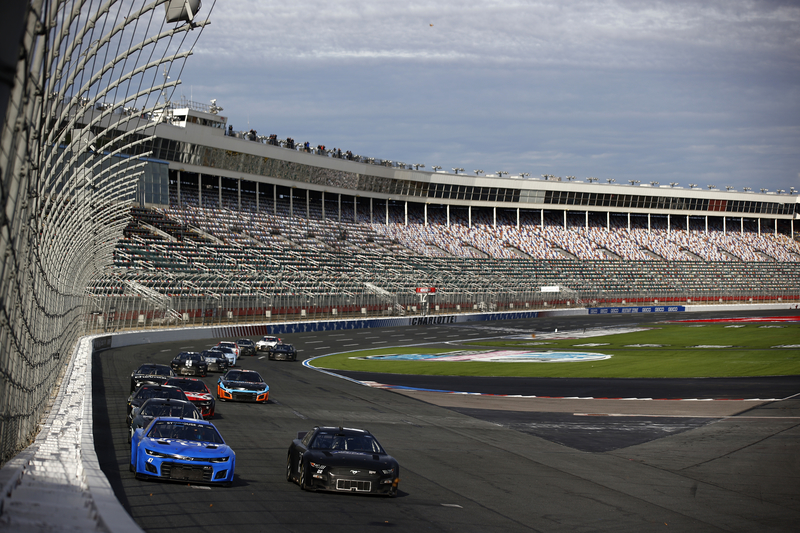 After bouncing between various aerodynamic packages during the Gen-6 car’s final years, the Next Gen car will have concrete numbers for much of its début season in 2022: 670 horsepower and four inches. NASCAR announced Tuesday that the seventh-generation Cup Series car will maintain those numbers throughout the 2022 season at all tracks except for Daytona International Speedway and Talladega Superspeedway; the packages for the two tracks and Atlanta Motor Speedway, which is undergoing a reconfiguration that will turn it into a mixture of an intermediate course and superspeedway, will be also announced at a later time.

The Next Gen car has been tested on various occasions since 2019, with the most recent being a multi-team session at Charlotte Motor Speedway last week. These tests saw NASCAR experiment with different packages such as higher and lower downforce and increased or reduced horsepower. The final setup with its centred four-inch read spoiler, which produces less downforce than its larger counterparts like the six-inch spoiler, was well-received among fans and drivers; Brad Keselowski compared its driveability to that of the fourth-generation Cup cars from 2005, an era that many consider the peak of NASCAR’s popularity.

With this in mind, it comes with little surprise that Tuesday’s announcement was widely welcomed, especially as the on-track product has garnered criticism during the Gen-6’s final seasons. NASCAR frequently tinkered with the package in recent years, which included flipping between 750- and 550-hp setups, the latter of which was greatly condemned by many as NASCAR sacrificing authentic racing for more competition. While lower horsepower seems antithetical to motorsport’s ethos, the sanctioning body has asserted that it allows the cars to race closer to each other and would increase interest in outside manufacturers due to lower costs.

“It’s been a two-year process,” commented NASCAR executive vice president Steve O’Donnell. “So certainly, it came down to Friday, but that was really through all the work, the thousands of hours of on-track testing and the collaboration with the industry and continued tests to really narrow down what could be the final rules package for the Next Gen car. Friday, we were able to solidify that. We met with the industry, a number of drivers post-test on Friday with the packages we had narrowed down and really hit on what we all thought would be a great Next Gen car in terms of going out under one rules package with 670 horsepower and then a low-downforce 4-inch spoiler, which we we believe we can implement across all of our tracks outside of superspeedways.

“[The] bottom line of all this, and you’ll hear this from the drivers, is that this package with the Next Gen car puts it back in the drivers’ hands and we’re excited about what that will do in 2022.”

Additional tests are scheduled for 5/6 January at Atlanta and 11/12 January at Daytona.

By Justin Nguyen
1 Mins read
Cody Ware, NASCAR’s resident anime fan, is back for another dance in the Cup Series as he will run the full 2022 season in the #51 Ford for Rick Ware Racing.
NASCAR Cup Series

By Justin Nguyen
2 Mins read
In the closest thing to bringing back Preseason Thunder, which was last held in 2014, the NASCAR Cup Series conducted a two-day Next Gen car test at Daytona on Tuesday and Wednesday.
NASCAR Cup Series

By Justin Nguyen
1 Mins read
With Rick Ware Racing having a new alliance with Stewart-Haas Racing and Ryan Preece now a Stewart-Haas Racing member, it only makes sense for the two to join up. Preece will run the Busch Light Clash and other races in RWR’s #15.