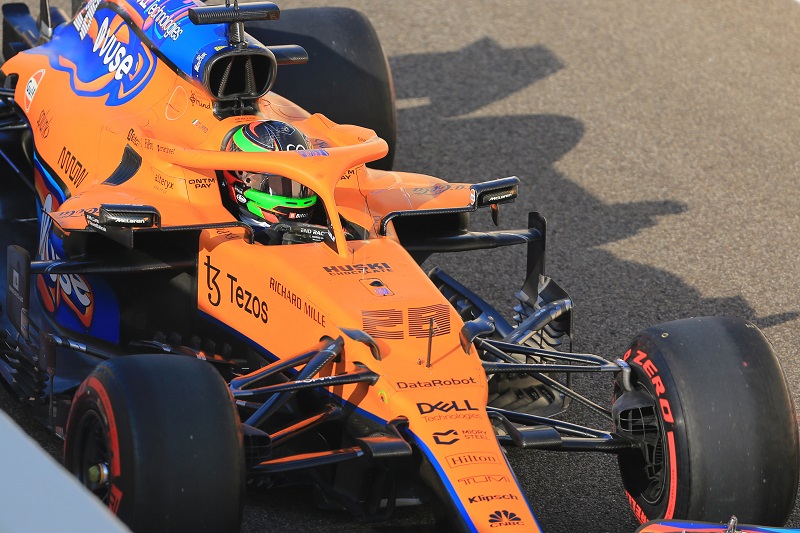 Two-time NTT IndyCar Series race winner Pato O’Ward had his first taste of a Formula 1 car during the post-season test at the Yas Marina Circuit, and he described the opportunity as ‘awesome’.

The Mexican, who races for Arrow McLaren SP in IndyCar, was handed the opportunity to run in the young driver test in Abu Dhabi as a reward from CEO Zak Brown for winning a race during the 2021 season, and he grasped the chance with both hands.

O’Ward, who admitted he did struggle with his neck during the day, managed to complete ninety-two laps of the Yas Marina Circuit, and he thanked everyone with the McLaren F1 Team for allowing him the chance to test a 2021 Formula 1.  He also did not want the day behind the wheel of the MCL35M to end.

“Today was awesome!” said O’Ward on Tuesday.  “The car exceeded my expectations of what it’s capable of – it’s ridiculous how much grip there is, specifically in the fast corners – it’s unbelievable.

“For sure, in the morning, my head was still on my neck. But towards the end of the day, I really think what ended up limiting me being able to go quicker was just not being able to hold my head up and see fully where I was going. My head actually was just looking down because I couldn’t hold it up!

“It’s such an awesome car. What a great experience, I didn’t want the day to finish. I’d like to thank Zak, Andreas [Seidl] and everyone in the F1 team for supporting me through this incredible day.”

Andrea Stella, the Executive Director of Racing at McLaren, says everyone was impressed by O’Ward’s performance and ability to learn during his test on Tuesday.

“A very productive day,” said Stella.  “We obviously split the cars, with Daniel [Ricciardo] working on the 2022 tyres and Pato behind the wheel for the first time in a McLaren Formula 1, driving the 2021 car.

“We’ve been very impressed with Pato’s speed, his attitude and how rapidly he’s learned.”

By Paul Hensby
1 Mins read
Dan Fallows will join Aston Martin from Red Bull on 2 April after the two teams came to an agreement over his release from his contract with the Milton Keynes squad.
IndyCar