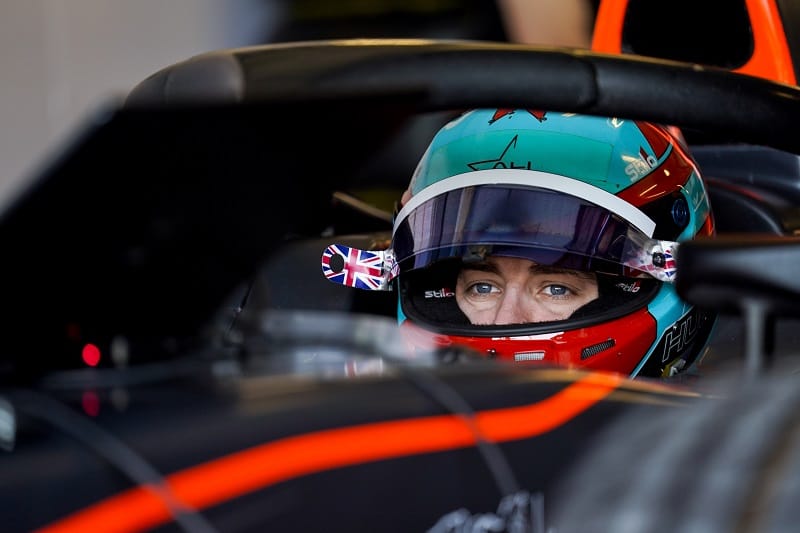 It marks the first time the 27-year-old has had a full-time drive in the series, initially making his F2 debut with HWA Racelab for a single round at Sochi Autodrom back in 2020. An injury to Jack Aitken the following season saw him step back into the German team for a few rounds.

With the Dutch team taking over from HWA Racelab for 2022, Hughes tested for them for two of the three days at the Abu Dhabi post-season testing where he finished in the top ten through three out of the four sessions.

“I’m really excited to be racing with Van Amersfoort Racing in 2022 for a full campaign in FIA Formula 2,” said Hughes. “It’s a very promising project to be a part of – the team and myself share a similar vision and a similar drive for success and I’m certain we’ll work very hard to achieve our goals.

“Van Amersfoort Racing are one of the most successful teams in single-seaters and have succeeded in all they have done to date. It’s an exciting prospect to work with such fantastic people and I’m very much looking forward to the challenge. I’d just like to say a huge thank you to the team for the opportunity to work with them.”

Between the occasional appearances for HWA, Hughes spent the rest of the time inbetween roles as a simulator driver for Formula 1 World Champions Mercedes-AMG Petronas Formula One Team as well as a reserve driver for ROKiT Venturi Racing in FIA Formula E.

“It is exciting to be able to make this first FIA F2 driver announcement! We are extremely happy with Jake joining us for the FIA F2 Championship. We are standing on the brink of a great adventure for which we very much welcome the experience and maturity that Jake brings along,” said Rob Niessink, Van Amersfoort Racing CEO.

“During the post-season test at the Yas Marina Circuit in Abu Dhabi, Jake showed to be a highly motivated and professional team player. Jake’s accurate input and feedback already made an impact during testing, which helped the team to progress already in a very short time. His drive and dedication match ours, giving us great confidence for the season ahead!”

By Ashley Hambly
2 Mins read
Next up on the calendar for the FIA Formula 2 championship is the Circuit de Barcelona-Catalunya where the grid will battle it out in the fourth round of the 2022 season.
Formula 1Formula 2

By Ashley Hambly
1 Mins read
F2 have announced Le Castellet as the replacement for the cancelled Sochi round, keeping to the original fourteen rounds as promised at the start of the season.