Kajetanowicz Returns to WRC2 for the 2022 Campaign 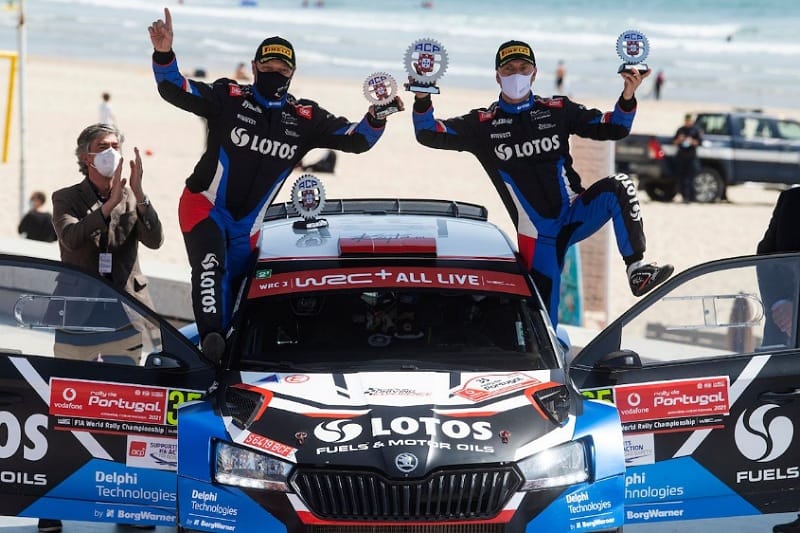 43-year old Kajetan Kajetanowicz will be making a return to the FIA World Rally Championship this season as he is making a step-up back to the series’ premier support class in the WRC2.

Last year Kajetanowicz lost out his crown and the dreams of becoming the 2021 WRC3 champion at the last-ever stage of the year.

Coming in to the final round of the season at Rally Monza in Italy, it was a tight battle and all knew it was a shootout for the title between Kajetanowicz and the Frenchman Yohan Rossel.

Before the Wolf Power Stage, Kajetanowicz was sitting in second ahead of the third place Rossel by 1.6 seconds splitting them two but with a stunningly drive by Rossel on the power stage ended up with Rossel snatching the title by winning the stage.

Now Kajetanowicz and co-driver Maciej Szczepaniak will reset their minds and going for the WRC2 title instead, the class where they have finished as runner-up in 2019. Entering in the same RaceSeven backed Škoda Fabia Rally2 Evo used last year, the duo knows it won’t be an easy task as they are up against the factory teams.

“It looks like the most challenging season in my whole career but I have always dreamt about competing against factory drivers. You cannot compare the level of emotions encountered in rallying to any other discipline and I love to compete right at the limit. I am motivated and ready to fight.” Kajetanowicz said.

Kajetanowicz has not yet revealed his full WRC2 program but he will be coming to start at the Rally Croatia on 21-24 April.

By Pontus Lindroos
1 Mins read
The 2019 JWRC champion Jan Solans has announced the programme for his 2022 WRC2 Junior season.
WRC2