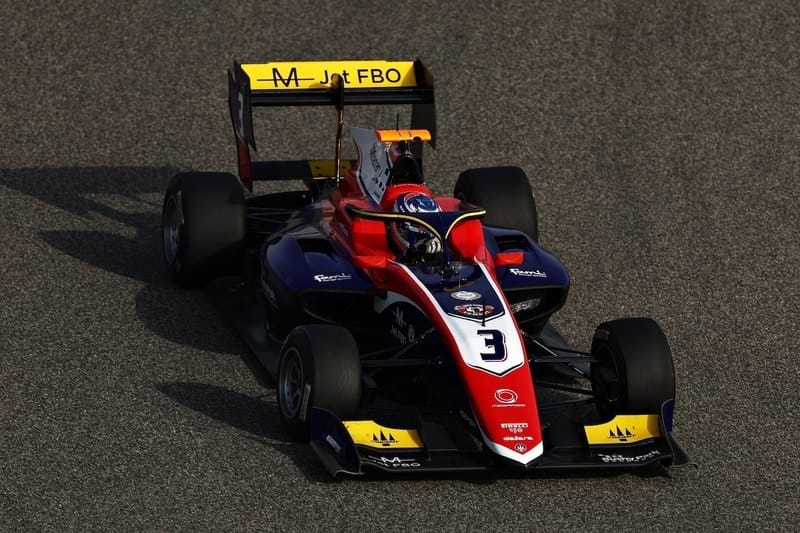 Track conditions improved throughout the day after a sodden Practice session, with Maloney taking his first F3 pole at only the second time of asking with a 1:41.180s at the end of the session.

That time came after the red flag caused by Enzo Trulli and Arthur Leclec tripping over each other at Rivazza, Maloney improving on Isack Hadjar and Gregoire Saucy‘s times on a drying track.

Roman Stanek will line up second on Sunday, ahead of Jak Crawford, Saucy, Oliver Bearman and Victor Martins.

Hadjar will lead Zak O’Sullivan, Caio Collet and Kush Maini to round out the top ten.

By Michael Callander
2 Mins read
Jak Crawford took his first podiums of the 2022 FIA F3 season at Imola last time out, and will spend the Miami Grand Prix weekend in the Red Bull Racing garage.
Formula 3

By Michael Callander
1 Mins read
Arthur Leclerc is level with Victor Martins in the FIA F3 standings after two strong comebacks on the Championship’s first visit to Imola.
Formula 3

By Michael Callander
2 Mins read
Roman Stanek took his first win in FIA F3 at Imola ahead of Jak Crawford, while Ollie Bearman and Gregoire Saucy tangled behind them on the last lap.