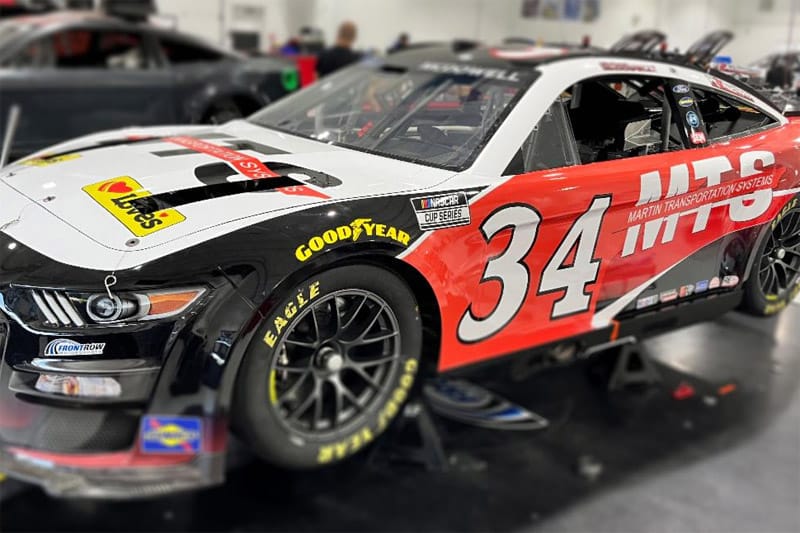 Front Row Motorsports has decided against appealing the 100-point penalty imposed upon the #34 driven by Michael McDowell, the team announced Tuesday.

After finishing sixth at Pocono on Sunday two weeks ago, the #34 car was found to have modified a part supplied from a Next Gen car vendor. Such components cannot be tampered with, and offenders would receive an L2 penalty that includes docking 100 points, ten playoff points, and fining the crew chief $100,000 and suspending them for four races. Extreme violations can result in being barred from the playoffs altogether.

Brad Keselowski from fellow Ford team RFK Racing was the first to suffer an L2 penalty after Atlanta in March.

“After further assessing penalties levied against its #34 NASCAR Cup Series team, Front Row Motorsports has notified NASCAR that it will drop its appeal and accept the penalty,” reads a team statement. “The team has made internal changes in its build practices to ensure the issues leading to the penalties will not happen again in the future.

“Lead engineer, Chris Yerges, will serve as the interim crew chief for the #34 beginning this weekend at Michigan.”

Despite enjoying back-to-back top tens at Pocono and Indianapolis, McDowell is currently twenty-sixth in points due to the penalty and therefore needs to win to make the playoffs. Prior to the penalty, he had been twentieth in the standings which left him with somewhat of a shot at qualifying on points.

By Justin Nguyen
3 Mins read
A 65-race winless streak seems to have ignited a fire within Kevin Harvick as he has now won the last two NASCAR Cup Series races in a row.
NASCAR Cup Series

By Justin Nguyen
2 Mins read
Bubba Wallace will remain with 23XI Racing for the 2023 NASCAR Cup season and beyond as he signs a multi-year contract extension.