Tom Kimber-Smith gave the Barwell Motorsport run Ginetta G55 pole position at the end of a duel with Aaron Scott in the GT3 Racing Dodge Viper around Brands Hatch.

Barwell, returning for their normal end of season entry to the Britcar ranks, set the pace during Friday night's dark practice running and were among the fastest cars throughout the 40 minute session with Mark Lemmer and Ben Butler sharing the car with Kimber-Smith.

Pole position was settled in a frantic final ten minutes as the Brands Hatch Indy circuit continued to dry after starting greasy after overnight rain. As such times plummeted by seven seconds from the initial flying lap set by the Nissan GT Academy backed Nissan 370Z down to Kimber-Smith's 47.223 pole lap.

The tumbling times -and lack of the Class One Moslers and Ferraris – gave several different teams and drivers a hold on provisional pole. The all white Porsche of the Jones trio – Morgan, Philip and Gareth as well as the Class Three SB Race Engineering Ferrari 430 Challenge of Paul Bailey and Andy Schulz took the turns in leading the 22 car field, the latter entry holding pole by nearly two seconds at the half way point in the session.

Their quest for pole position was aided by a second safety car intervention – race organisers opting not to interrupt the session with red flag stoppages. A combination of the Mardi Gras entered Honda Integra and the Oliver Bryant Marcos Mantis – one off at each end of the circuit – halted comptetion for seven minutes, protecting the two second advantage.

However, when the session restarted with 12 minutes remaining the JDR Honda NSX – an invitational runner in Production Class One and Aaron Scott whittled down the margin to just two-tenths.

Scott then went fastest, nearly a second clear of the Schulz and Bailey Ferrari. Kimber-Smith moved into second chasing a moving target at the top of the timesheets as Scott dodged the traffic around the 1.2 mile Indy circuit to improve his time one again to 47.752.

That was to be the high water mark for the British Endurance Championship champions elect as two late laps from Kimber-Smith first took pole, they extended their advantage to over half a second.

After surviving their off on the approach to Druids the Marcos Mantis of Oliver and Graeme Bryant took third fastest with their final lap, Schulz and Bailey falling to fourth despite their own late session improvement, still able to top Class Three ahead of the Rob Barrett and Jay Shepherd crewed Porsche. 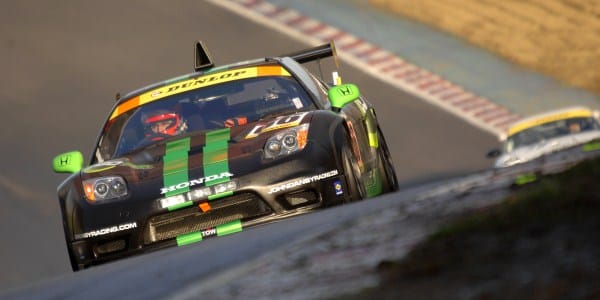 The Honda NSX held on to claim Production pole and eleventh overall, a tenth faster than Wayne Gibson and Kevin Clarke's Interport BMW. The Production championship chasing James May and Alex Osborne finished 19th after the early set back of bringing out the first safety car with an off at Druids.

The final race of the Britcar season is scheduled to begin shortly before 3:30pm with a three hour 'into the night' race for the British Endurance Championship field, while the Production entrants will be flagged off after two hours.