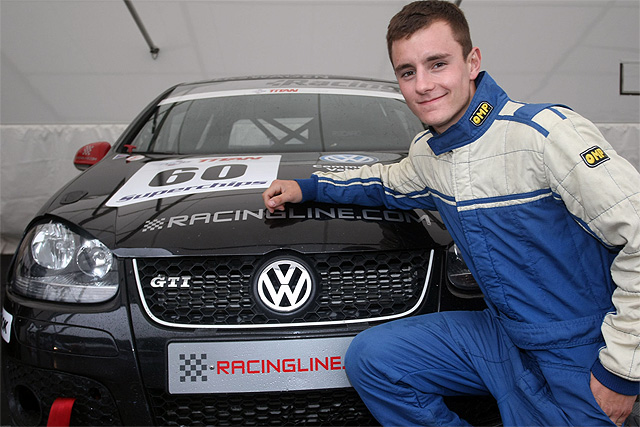 The APR Volkswagen Racing Cup grid for 2012 continues to grow with Dominic Pettit being the latest driver to confirm their entry thanks to his local Volkswagen retailer Vindis Group.

The 21-year-old from Cambridgeshire has had success in sports cars previously but has been keen to rejoin the the Volkswagen Racing Cup since his 2010 debut when he took second place at Brands Hatch on his debut in a rented Golf GTI.

Previously Pettit has raced in the Ginetta Junior championship and won the Junior Festival in 2006. Last season he took nine wins from ten starts in the Ginetta Challenge.

“I have always wanted to be in the Volkswagen Racing Cup but have never had the budget to be able to compete,” said Pettit. “Now Vindis has stepped in to help me and I am so grateful – hopefully I can repay the company's faith in me with some good results.”

Vindis' operations director Jamie Vindis said: “We were keen to get involved and help Dominic. He lives in our area and is clearly a very accomplished driver – it's always good to support local talent and it felt like a very good fit for Vindis.”

Pettit will race a VW Jetta prepared by Kevin Poole‘s KPM team – the biggest in the championship with eight cars this season.

KPM will also field the new Sciroccos of former bike-racing champion Craig Milner and 2011 championship runner-up James Walker, as well as a host of Golfs.