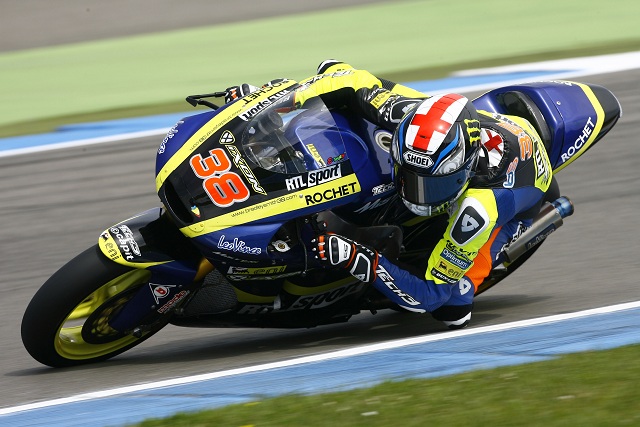 Bradley Smith has paid tribute to his Tech 3 team after his upturn in form continued with eighth in qualifying for the Dutch TT. The Briton had his best race of the season at Silverstone and is hoping to finish even higher tomorrow, promising an aggressive approach.

“It has been a very positive weekend so far and we have improved the bike in every session and gone faster and faster. My feeling with the bike is getting better and better and we have definitely taken another step this weekend, so I am really happy about that. There is a bit of a gap to the top three but between fourth and tenth it is pretty close and it is going to be really important to get a good start. The first part of the track is pretty tight so I need to be aggressive like I was in Silverstone to pick up some places early on. It looks like it could be an exciting fight tomorrow and I am looking forward to it. It would be nice to be back inside the top six, which would be a step in the right direction and a reward for all the hard work my Tech 3 Racing has been putting in.”

Teammate Xavier Simeon will start 24th but like Smith, is happy with the direction the team is moving in. The Belgian rider blamed traffic for his eighth row grid slot and hopes to make up lost ground in the race.

“The session was going quite well and I felt in a good rhythm and happy with my pace but at the end when I put in new tyres to push for a good grid position I came across a lot of traffic. There are a lot of bikes on track but in Moto2 some riders can be a little bit stupid because they ride slowly on the racing line and they don’t care about who is approaching from behind. After I put the new tyres on I had one clear lap in my last eight and I am really disappointed I could not be higher up the grid because the bike was a lot better today. I don’t think it was unrealistic to think I could have been in the top 10, but I kept getting blocked and now I am not even in the top 20. My pace is good enough to get into the points tomorrow and that will be the target because today we deserved a better result after the Tech 3 Racing Team gave me a good bike.”