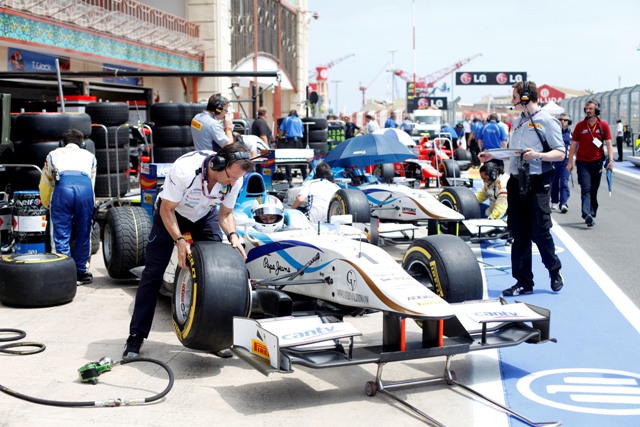 The Barwa Addax Team suffered a home race to forget in the GP2 Series feature race at Valencia, after a tyre blunder led to the exclusion of both their cars.

At the compulsory pitstops the locally-based team fitted the cars of their drivers Johnny Cecotto and Josef Kral with tyres that had been allocated to the other driver. They were later called back to the pits to change the tyres.

The stewards found that the team had breached articles 25.6 and 25.9 of the sporting regulations, which dictate that at the start of the event tyres will be allocated to each car, and that “the use of tyres without appropriate identification is strictly forbidden.”

Cecotto had crossed the line in eighth place but had 30 seconds added to his time after a stop-go penalty had been awarded to him in the final minutes of the race, dropping him to 19th. This promoted Kral to 16th.

Both will now have to start the sprint race from the back of the grid.