Melker Hopes To Keep Pace After Shining At Silverstone 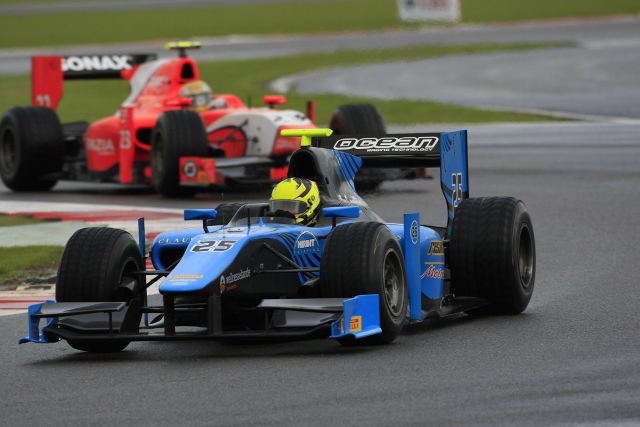 Nigel Melker says he hopes he can maintain the pace that saw him finish fourth and sixth in the two races at Silverstone.

The Ocean Racing Technology driver had experienced a difficult start to life in GP2 but finally made a breakthrough into the points in tricky conditions at Silverstone.

“I am very happy,” said the Dutch GP3 graduate.

“The context of both races was very complicated and it is a result that comes at just the right time, because we have been waiting for it for so long.

“We can all be proud, and I hope to be able to keep this pace until the end of the season.”

Teammate Victor Guerin finished 18th in the first race, and didn't take part in the sprint race after he spun on his way to the grid after hitting a puddle on a damp circuit.

Despite that, the Brazilian driver still felt he did well on his first visit to Silverstone.

“My debut on this circuit was not the easiest it could be with all this rain,” said Guerin.

“But I carried out this task well, even if I would have liked to take part in the second race. But I think that sooner or later my work will pay off.”

Team owners Tiago Monteiro and Jose Guedes feel that Melker's results will have a positive effect on the team.

“This is additional motivation for the whole team,” they declared. “Nigel was fast, consistent, and reliable, and he deserves his results. We will continue our work, we are on the right track, and we hope to have the same level of performance in the upcoming races.”