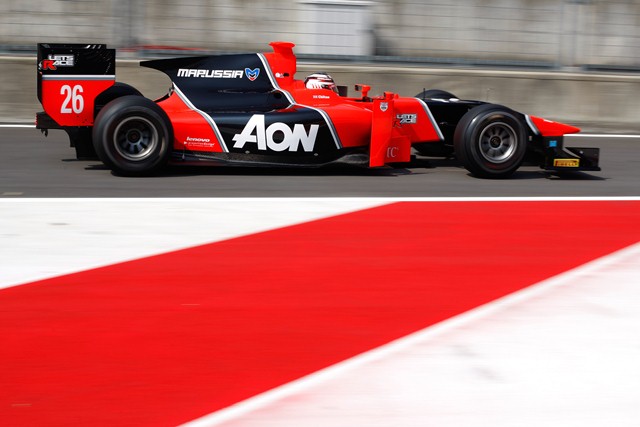 Max Chilton took his second GP2 pole position in the space of three race weekends by driving to top spot at Monza, although he did finish the session in the gravel.

The Brit converted his maiden pole into a maiden victory in Hungary in July, and in free practice at Monza he was back setting the pace after an off-colour outing at Spa last weekend.

The Carlin driver then continued that speed into qualifying, moving ahead of Giedo van der Garde who had been fastest midway through the 30 minute session.

Chilton was trying to improve upon his 1m31.886s late on when he spun at the Parabolica. That brought out the yellow flags, preventing anyone else from improving and taking his pole away from him. Starting from pole at the Italian circuit won’t be unfamiliar for Chilton, who was on pole in British F3 in 2008 and on the reverse grid pole for the GP2 sprint race in 2010.

“Yeah, I feel myself come together when I come into Monza,” he said afterwards. “I’ve always liked it here. I was quick in F3, and it was great this morning because I was quickest by a long way. This afternoon was a lot harder session, and I really had to push for it, but I managed to just scrape and get the pole, which was nice. A nice clean start tomorrow, and we can hope to close in on the people in front of us in the championship.”

“I think Max did a really good job today,” said the Caterham man. “He was really fast this morning, and again they had a really good qualifying car, and also in the race they look really fast, and the team is doing a good job. My run was quite clear, although on the second outing I couldn’t do much because I had yellow flags or I had traffic, so I couldn’t improve anymore. It’s a pity, but I’m quite happy to be on the front row: normally I have good starts, so let’s try to win.” 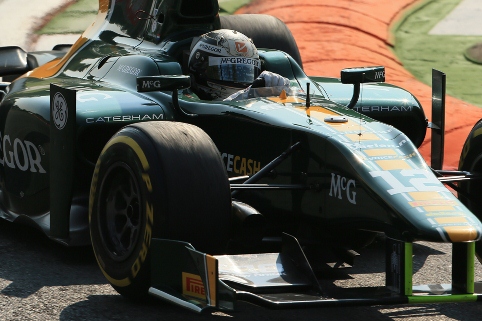 Johnny Cecotto was also in the fight for top spot and finished up third. He will however take a five-place grid penalty as punishment for taking Chilton out at the start of the sprint race in Spa. He’s still confident though, having used only one set of tyres in qualifying.

“I lose a few places for the grid penalty, but I also have an extra set of tyres because I only ran one set in qualifying, so I think that gives us an advantage over everyone else,” said the Addax driver. “I’ll just try to have a good start, and see what we can do in the race.”

Cecotto’s penalty will promote Luca Fillipi up to third after he set the fourth fastest time on his return to the series with Coloni. Fellow Italian veteran and title contender Davide Valsecchi will line up alongside him on the second row.

Spa feature race winner Marcus Ericsson was sixth fastest ahead of the two Fabios; Leimer and Onidi. Esteban Gutierrez took ninth ahead of Felipe Nasr, who had been second fastest to Chilton in practice.

Rio Haryanto couldn’t repeat his Spa heroics and was only 11th, ahead of Luiz Razia who jointly leads the standings with Valsecchi. James Calado was a lowly 13th, having crashed at Ascari in practice.

Stefano Coletti was 16th following his switch from Coloni to Rapax, while Jake Rosenzweig was 24th of the 26 runners in qualifying for his main series debut with Addax as the replacement for last week’s sprint race winner Josef Kral.

The feature race takes place at 14:40 BST on Saturday.